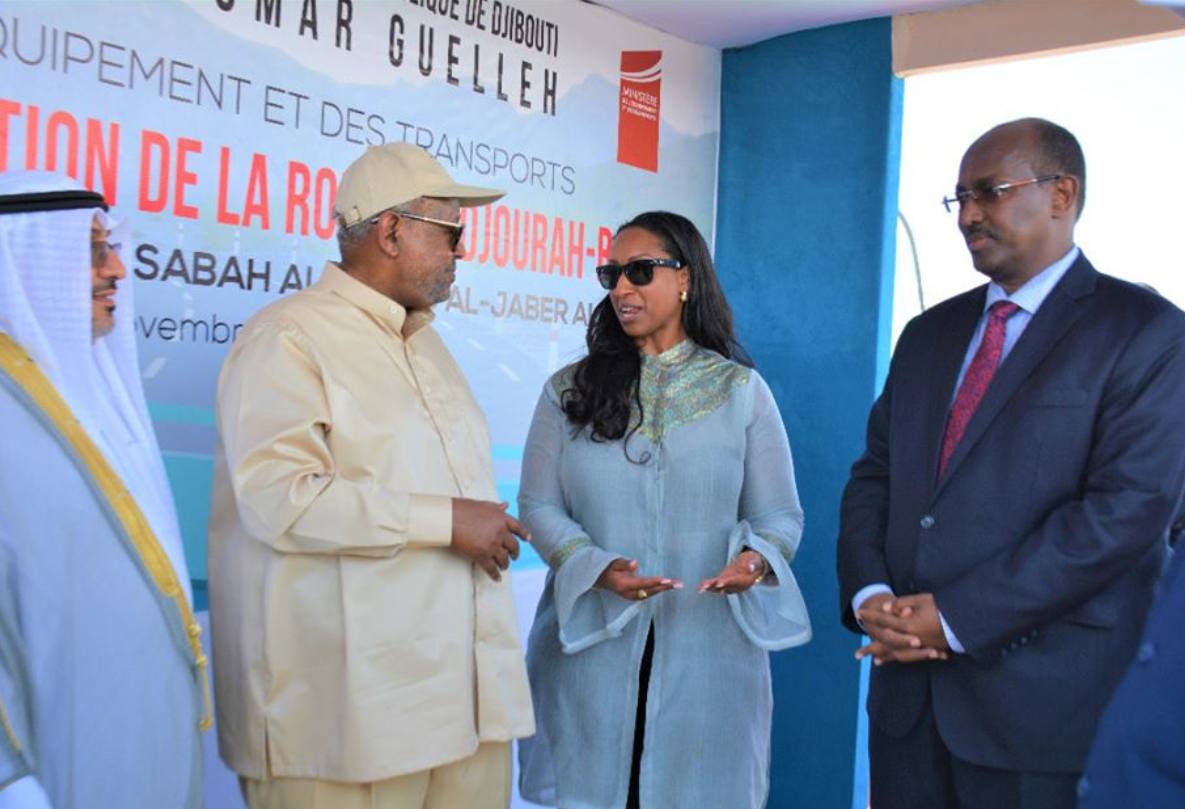 Djibouti (HAN) November 14, 2019. Regional Infrastructure and Financial Investments in the Horn of Africa. Opinion By. TO. The Tadjourah-Balho-Mekele road, a new highway connecting the new Tadjourah port of Djibouti to the small town of Balho in Tigray, Ethiopia was inaugurated very quietly without too much funfair on Wednesday, November 6, 2019. The 120 km long highway will connect the brand new Tadjourah port of Djibouti to the city of Mekelle the capital city of Tigrai.

The project of the new port in northern Djibouti started around 2009 and the highway construction started a few years. The late Prime Minister Meles Zenawi was a driving force for these projects.

The highway which was inaugurated this week will connect Afar and Tigrai regional states to the Tadjourah port of Djibouti through what is dubbed a third corridor. The new highway will go through the Djiboutian border town of Balho intercepting the road to the port of Assab in Eritrea which used to connect Ethiopia to the sea and will go through Afar to city of Mikelle the capital city of Tigrai.

The construction of the highway will help relieve the congestion of commercial traffic between the port of Djibouti and Ethiopia. The new road will also cut down the travel time for trucks going from Djibouti to Afar and Tigrai states substantially. Since the new road doesn’t go through the Amhara regional state the difficulty, robbery, road blockage, and other illegal activities against any transportation systems will be eliminated.

Tigrai Online has received relevant information that the extremist Amhara groups were actively working with the help of the Egyptian government to undermine the completion of the Tadjourah-Balho-Mekele road. The enemies of Tigrai desperately tried to sabotage the construction of the new highway to cut off Tigrai from the sea and limit it to be only through Addis Ababa-Woldiya-Mekelle and then they turned around and closed the federal highway connecting Addis Ababa – Mekelle.

ETV, Fana broadcasting, and other media outlets supposedly to be owned by the federal government didn’t report this news because it doesn’t fit with Neftenga agenda and will demoralize their base. End

The Tadjourah-Balho-Mekele road a new highway connecting Tadjourah port of Djibouti and Mekelle city in Tigrai was inaugurated.

Selected Opinion: Tigray currency called “Batira” is upon us, it is better to print our own currency and do our own budget than send taxes and get budget with many strings for the same amount Tigray industrious people pay to the federal annually. If we print our currency Batira then no tax pays to federal and no dependent of federal. Tigray has enough hard currency generating export of Sesame, Cotton, Gold, other minerals and mega sugar to produce within a year and half. Tigray must bring Afar and unite as one and arm Agews and Qimant to the teeth and Tigrayan securities must lead them and prepare Tigray to take back all our cash crop producing Angareb River territories and other food crop producing Qebo. Both areas can resettle up to two million Tigrayan unemployed youths and can produce enough food to bring to Tigray markets and pay taxes to the nation of Tigray to cover government payroll expenses. Tigray defended Red Sea for thousands of years yet Tigray is being denied for access yet foreigners are dwelling in the coast areas. Tigray must think the long term what is good for Tigray and saw it now. The highest priority is to regain our looted lands to solve our problems and no look back the old misery Ethiopia.