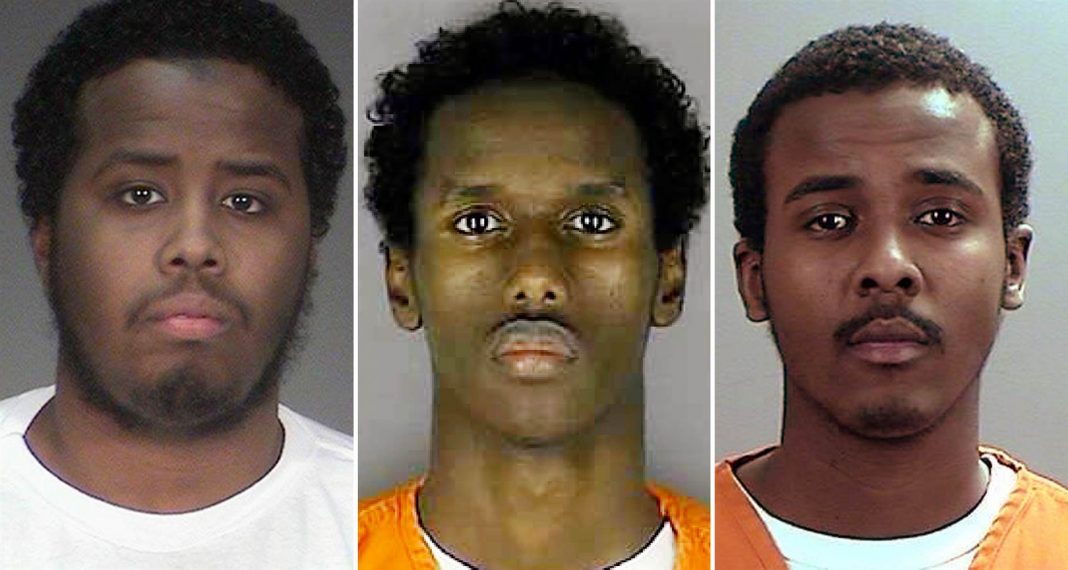 The three men are part of a larger group of nine Somali-Americans from Minnesota who are being sentenced this week on charges of trying to aid Islamic State, which holds territory in Iraq and Syria and has sympathizers and recruits around the world who have carried out shootings and bombings of civilians.

On Monday, three men were handed sentences ranging from time served to 10 years in prison in federal court in Minneapolis. Three others will be sentenced on Wednesday.

Hamza Ahmed, 21, was sentenced on Tuesday to 15 years in prison, the Justice Department said in a statement.

In November 2014, Ahmed was stopped at JFK International Airport in New York as he sought to travel to Turkey. Ahmed was indicted in February 2015 on charges of conspiring to support Islamic State and lying to federal agents. He pleaded guilty in April.

“I want you to understand I am not completely changed,” the Minneapolis Star Tribune newspaper quoted Ahmed as saying in court on Tuesday. “I’m in the process, but nobody changes overnight. I’m trying every day.”

After Ahmed’s sentencing hearing, Hanad Mustafe Musse, 21, was sentenced to 10 years in prison.

Prosecutors accused Musse of trying to leave the United States twice to join Islamic State, first in November 2014 in New York and again in April 2015 when he was arrested in Minnesota.

He pleaded guilty to the charges of attempting to support the Islamic State in September 2015.

Farah was arrested in April 2015. He pleaded guilty a year later.

“The sentences handed down today reflect the true gravity of the defendants’ crimes to betray their country, travel overseas, and ultimately join a terrorist organization dedicated to the murder of innocent people,” FBI Special Agent in Charge Richard Thornton said.

“We hope these sentences will serve as a strong message that those who support terrorism will face justice.”

The Minneapolis area is home to a large population of Somali expatriates. In 2014, FBI officials said they had begun tracking a trickle of Somali-Americans from the Minneapolis area to Syria in general and to Islamic State-held areas in particular. (Reporting by Timothy Mclaughlin in Chicago; Editing by Lisa Von Ahn, David Gregorio and Grant McCool)