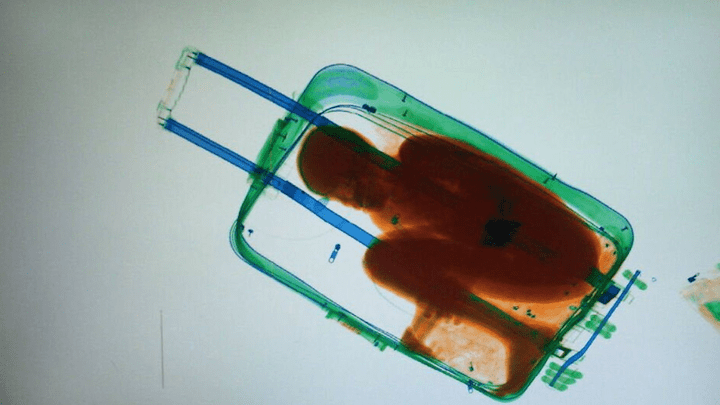 Djibouti (HAN) May 9,2015 Public Diplomacy, Regional humanitarian News By: Hanna Kozlowska. The passenger was female, her suitcase was fuchsia, and the eight-year-old Ivory Coast boy who Spanish authorities found curled up inside is now the latest symbol of Europe’s rapidly worsening migration crisis.

The boy was discovered this week in an x-ray scan at a border crossing from Morocco to Ceuta, a Spanish exclave in North Africa. According to various news accounts, the boy’s father, who had moved to the Canary Islands and wanted to bring the child with him, allegedly paid the woman who brought the suitcase to the checkpoint to smuggle the boy across the border.

According to the International Organization for Migration (IOM), arrivals by migrants to Italy, Greece, Spain, and Malta have numbered nearly 63,500 so far this year. Most of the migrants have come from Eritrea, Somalia, Nigeria, Gambia, and Syria.

They often arrive in large groups, leaving war-ridden or poverty-stricken portions of Africa or the Middle East and crossing the Mediterranean in search of a better life. Many don’t make it. On the same day the Spanish border control made its startling suitcase find, the Italian navy said it may have locateda boat that sank last month with up to 900 migrants trapped inside.

Through May 7, the IOM estimates that there have been more than 1,800 deaths related to Mediterranean crossings this year, compared with 207 during the same period last year.

European Union leaders announced in April that they would begin sending immigration officers to non-EU countries and increase funding for search and rescue missions in the Mediterranean, to target smuggling operations. “Europe is declaring war on smugglers,” Dimitris Avramopoulos, the EU’s top immigration official, is reported to have said.

What demands a response is not just the smuggling itself, but the conditions that would lead a parent to have his child stuffed in a suitcase, for a dangerous crossing to a place far from home.