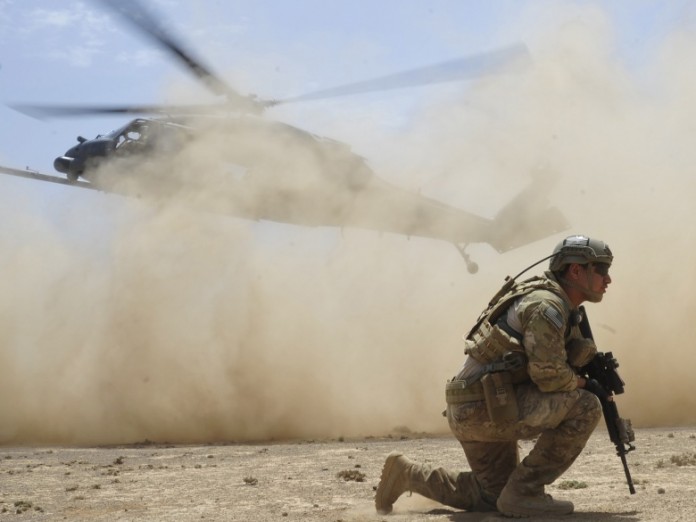 Djibouti (HAN) March 30. 2016. Public Diplomacy & Regional Security NewsBen Ho Wan Beng Security analysts would do well to cast their gaze on Djibouti. While the eastern African nation has a land area of only 23,000 square kilometres, a population of barely 830,000 and no natural resources to speak of, it is becoming a significant actor in the international security arena. Three foreign military powers—the United States, France and Japan—have forces stationed there and another two—China and Saudi Arabia—are set to establish bases on its soil.

The United States has the largest foreign military contingent in Djibouti withCamp Lemonnier—the sole permanent American base in Africa—hosting some 4000 personnel. The second-largest foreign military presence in Djibouti is that of its former colonial power, France, with about 1,900 troops. As for Japan, about 600 members of its Maritime Self-Defense Force rotate between a land facility and naval vessels operating from Djibouti’s ports.

Recently joining the fray are China and Saudi Arabia. In January, the People’s Republic concluded a deal with Djibouti over the establishment of military logistical facilities, China’s first ever overseas military base. And earlier this month, Djibouti agreed to the establishment of a Saudi installation on its soil.

Significance for the World Economy

Djibouti’s geographical location is arguably what attracts foreign powers most. For one, being situated just beside the maritime chokepoint of Bab el-Mandab, Djibouti is a key node in the Gulf of Aden-Suez Canal trade route (refer to map below). This route is crucial to the health of the world economy as 20,000 ships, and a not insignificant 20 percent of global exports, go through it yearly. In addition, the route is a conduit for the world’s hydrocarbons trade, with almost10 percent of the world’s oil exports negotiating the Bab el-Mandab.

Also worth noting is that the Gulf of Aden-Suez Canal trade route is particularly important for the two Asian powers interested in Djibouti: China and Japan. To illustrate, out of the 20,000-odd ships that ply the route yearly, a good 10 percentare Japanese. Similarly, China’s trade with the EU amounts to $1 billion daily, most of which is seaborne and therefore has to use the Gulf of Aden-Suez Canal route. It is hardly surprising that these two Asian nations have a vested interest in protecting the sea-lanes of communications off the Horn of Africa, and this was why they sent naval forces to regional waters where piracy was rampant in the late 2000s.

Although the piracy problem has dissipated since the early 2010s, partly due to the multinational naval patrols, the continued lawlessness of Somalia means that the international community would do well not to let down its guard. As a matter of fact, the International Maritime Bureau still urges seafarers to exercise vigilance in regional waters as the situation in the Horn of Africa remains uncertain. So it is not surprising that foreign powers see the necessity of having a military presence in Djibouti, as a hedge not only against a resurgence of piracy but other threats that could jeopardize trade in regional waters.

Another aspect of Djibouti’s geographic position that makes it attractive to foreign powers is its proximity to potential crisis areas, not just in the restive Horn of Africa but also the rest of the African continent. Tellingly, Djibouti’s nearest neighbors include two hot spots: Yemen and Somalia. The former is racked by a civil war between Houthi rebels and loyalists, while the latter is the base for Al Qaeda-linked militant group Al Shabaab, which has staged several high-profile terror attacks in the region. Foreign powers also set great store on Djibouti’s relative peace and stability in an area of chaos, another reason they deem it a suitable staging area for their military operations in the region.

For the Americans, Camp Lemonnier is the hub for their Global War on Terror campaign in the Horn of Africa. U.S. counter-terrorism missions in Yemen, Somalia and other troubled neighboring countries have been launched from Djibouti. The same goes for American drone strikes against militants in Yemen. The U.S. presence in Djibouti also facilitates surveillance of regional groups unfriendly to Washington. Similarly, Djibouti acts as the point d’appui for France’s variegated security commitments on the African continent. Indeed, Paris has mounted major operations in Ivory Coast and the Democratic Republic of the Congo from its base there.

Ditto the Chinese. While the official reason for its upcoming presence in Djibouti is to provide “logistical support and. . . recuperation of the Chinese armed forces conducting such missions as maritime escort in the Gulf of Aden and waters off the Somali coast, peacekeeping and humanitarian assistance,” it is widely believed that a Chinese base in Djibouti would enable the People’s Republic to secure its burgeoning economic interests on the African continent.

As for the Saudis, their interest in Djibouti, for the short term at least, arguably stems from the Kingdom’s involvement in the Yemeni civil war. The Houthis, which Saudi Arabia is fighting against, are established in several parts of western Yemen. A Saudi facility in Djibouti could benefit Riyadh as this would open up a new front against the Houthis, who then face the prospect of being attacked from another axis. Moreover, Iran has allegedly supplied the Houthis with materiel via ships in the Gulf of Aden, and a Saudi military presence in Djibouti could help check this.

Another Great Game in the Making?

Going forward, it will be worth watching the interplay between the various powers in Djibouti. Russia had reportedly approached the African nation for basing rights, but was rebuffed due to a potential conflict of interest with the West. However, China’s setting up shop in Djibouti is a break from precedent; could Moscow take heart from this development and try asking for basing rights again? Will more powers be attracted by the strategic utility of Djibouti? How far will the small African nation go in being a pawn for great power rivalry and what are the implications? These are but some of the pressing issues that analysts should bear in mind as developments unfold in one of the world’s most geostrategically important regions.

Ben Ho Wan Beng is a Senior Analyst with the Military Studies Programme at Singapore’s S. Rajaratnam School of International Studies, and he received his master’s degree in strategic studies from the same institution. This article first appeared in the Interpreter.