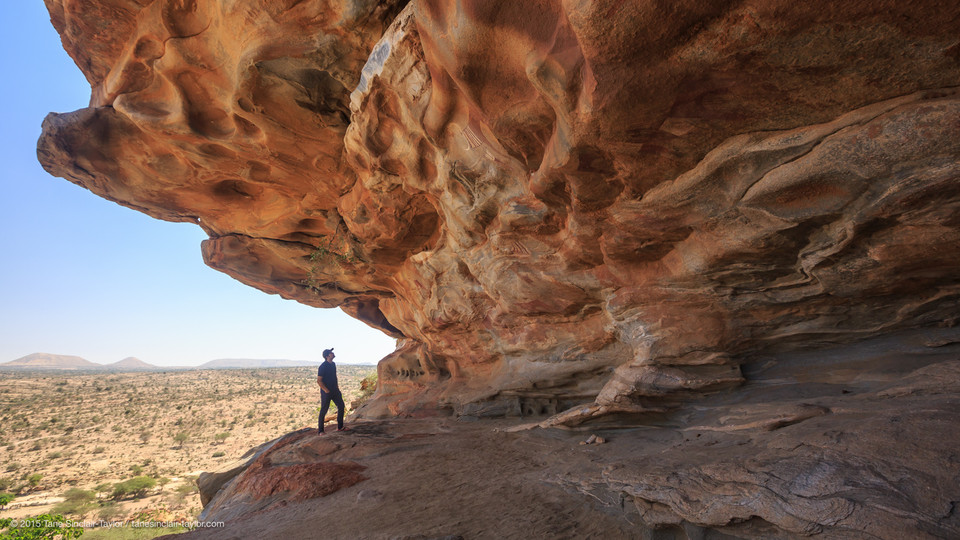 Hargeisa  (HAN) January 29, 2016 – Public Diplomacy and Regional Stability Initiatives News. Dr. Joseph DiBattista, Photos by Tane Synclair-Taylor. Our primary destination on this trip is the historical port city of Berbera, the only sheltered harbor on the southern shores of the Gulf of Aden. Khalid arranges two Toyota Land Cruisers with tinted windows, including an armed soldier known locally as SPU, a mandatory measure for all foreigners venturing outside the capital. We make a brief stop at the security gate on the way out of the airport, where Khalid transfers funds to the parking attendant using his cell phone; we are told that this is a safer system of exchange in these parts. The virtual money trade is booming in Somaliland, and several local transfer companies provide a means for the Somalian diaspora earning money abroad to collectively send home close to a billion US dollars each year.
We leave the city in the spectre of a foreboding prison structure that houses recently captured Somali pirates, following an endless line of Telesom towers, which provide a telecommunications network that is the envy of more developed nations in North Africa. We soon make a stop in the highlands overlooking Hargeisa. The temperature is cool, and a brisk wind sweeps over this unlikely cast of characters: a Canadian scientist working in Australia, a Brazilian scientist working in California, an Australian scientist recently returned from a year of research in Hawai’i, a Kiwi photojournalist moonlighting as a research technician in Saudi Arabia, Khalid and his childhood friend visiting from Mogadishu, and an intimidating SPU soldier clad in army fatigues, a lopsided beret, and clutching an aging but all too real Kalashnikov. The urban sprawl below us is impressive, pale blue rooftops dot the landscape, and we find the twin peaks of the Naaso Hablood hills (known colloquially as the “two breasts”) just beyond the escarpment. We can also just make out the presidential palace, one of the targets of the Hargeisa-Bosaso bombings of October 2008, which also include the Ethiopian consulate and UNDP offices. This is the only organized violence Somaliland has seen since the end of the civil war in 1991, and we are informed that the government has vowed to never allow such malicious acts within their borders, a policy supported by the litany of military checkpoints on the road to Berbera.
Fifteen minutes into our journey through the chaotic streets of Hargeisa we make another stop, Khalid proudly presents one of largest livestock markets in North Africa, the backbone of Somaliland’s economy. We watch as thousands of goats, sheep, cattle, and camels are picked, prodded, and herded towards prospective buyers, many of the animals destined for wealthy families in the Gulf States. We next make our way towards Somaliland’s most famous tourist destination, the cave paintings of Laas Geel. This site is impressive but clearly sees little traffic; we need to wake up the guide, who is huddled in front of the visitor center under a thick, woven tarp. The paintings date back to 5,000 B.C. and are remarkably well preserved, having only just been discovered by a French archaeological team in 2002. As we walk back to the truck we notice rows upon rows of blue painted rocks. “Land mines”, Khalid explains. Seeing the looks on our faces he quickly clarifies, “Blue is safe, it means the site has been cleared”. Most of the mines were laid during the war between Somalia and Ethiopia (1979-1988) and later during the civil war that led to Somaliland’s independence in 1991 (re May 18). Clearing operations continue to this day by organisations such as The HALO Trust, with over 250,000 explosive devices destroyed, but we are told many more remain scattered across the rural landscape.
The highway to Berbera reveals sprawling rock walls lined with crushed glass, distinguished old men sporting blazers despite the sweltering heat, unshod children rolling car tires and kicking up dust, ornate shops managed by women in colourful dresses, money changers proudly displaying bricks of their devalued currency, fluttering plastic bags clinging onto barbed wire fences, and a sea of plastic bottles and trash; all of these things eventually give way to bush and brush as the lone paved road winds its way through a semi-desert plain. Nomadic shepherds drive their goats and camels towards promising patches of green. Cracked wadi beds thirsting for rain scar the monotonous landscape. When the monsoon arrives this area springs to life and supports lush vegetation. Rivulets of water slither down the Golis mountain range and into this valley, a compelling rationale to come back in more prosperous times.
We soon arrive at our hotel in Berbera, a compound on the outskirts of the city, only a few hundred meters from the self-proclaimed best beach in Somaliland. We exit the car and are promptly searched for weapons and explosive devices, a routine that quickly becomes part of our daily lives. Hundreds of crows line the Concertina wire of the property fence, their beady eyes evaluating our party; we hope that this is not an ominous sign of things to come. Once we get the thumbs up from security, we begin the tedious process of preparing for our first day of diving. GPS units, underwater camera housing, strobes, satellite phone, sampling gear, transect tapes, and our life-supporting scuba equipment bear careful inspection after the rough journey. In support of our efforts, Khalid has arranged a small boat with outboard motor, driver, provisions, eight SCUBA tanks, and two soldiers to accompany us for the day.