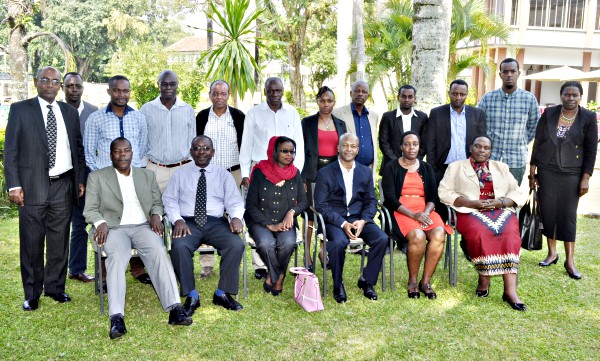 NAIROBI (HAN) July 21.2016. Public Diplomacy & Regional Security News.Live animal and meat export trade from IGAD MS to Middle East and North Africa (MENA) countries usually face some fluctuations due to several challenges such as  livestock diseases and  lack of feed among others . In 2015, the region exported over 12  millions of live animals to the Middle East and North Africa (MENA) countries. Some of the exported livestock reached the end market in poor body condition due to inadequate fodder/water supply along the trade routes. Traders in the end market finished them off and benefited from the additional margin after a short period of time. Moreover, before livestock arrive at quarantine stations, they traverse (by truck or trekking) through unfamiliar territories where owners have no defined rights to access fodder and water. When loaded on ship, fodder supply sometimes is inadequate or not palatable enough to attract livestock to eat due to poor harvesting/preservation techniques. The livestock are thus subjected to starvation leading to loss in body weight fetching low prices. Feed inadequacy in volume and quality has also impacted on livelihoods of many livestock producers.

As a follow up the recommendations of  the regional meeting that took place at Adama; Ethiopia from 9-10th Dec, 2015, to  establish and operationalize fodder and rangeland platform that will compile, share lessons and god practices on fodder /range and technically support member states to upscale proven fodder /range interventions   a fodder and range platform workshop was held in Entebbe, Uganda from 11-12th July, 2016 to launch the platform and deliberate on how to address the pertinent and emerging issues concerning fodder feed and rangelands to mitigate livestock losses and vulnerabilities of pastoralists resulting from lack of or inadequate fodder in ASALs. The workshop was opened by Dr. Ameha Sebsibe on behalf of ICPALD Ag. Director and Dr. Benon; Department of Animal Production and Marketing on behalf of Uganda government as host

The following recommendations were made:

4. There is need for innovation/adoptive research on salt tolerant fodder crops  and  multi-nutrient blocks to supplement fodder during emergencies that can be easily  transported during shocks seasons

6. Create massive awareness and advocacy on adoption of good practices for promoting fodder and feed conservation in IGAD MS

8. Advocate for control of bush encroachment and invasive species

ICPALD expresses its appreciation to World Bank for funding this activity under RPLRP project.