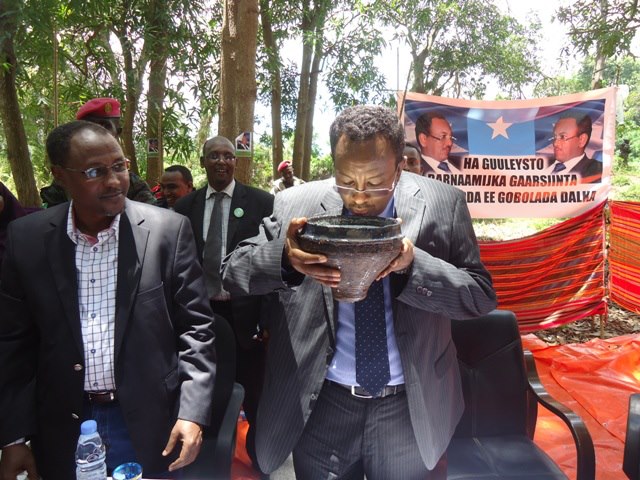 Over three days the Prime Minister addressed the International Labour Organization’s (ILO) Governing Body, on the important role decent job creation must place in Somalia’s recovery; ratified three core ILO conventions and agreed Somalia’s involvement in ILO’s Decent Work Program. On day two of the trip the Prime Minister partook in a bilateral meeting with Switzerland to further enhance the two countries bilateral relationship and discuss Switzerland’s commitment to provide technical support to the Federal Government of Somalia. As well as meeting with the leadership of the United Nations International Telecommunications Union (ITU) to discuss the important role information technology can play in Somalia’s continued development.

Highlighting the Prime Ministers commitment to the importance of fostering strong regional relationships within the Horn of Africa the Prime Minister met with the Ambassadors to the United Nation Missions (Geneva) of Kenya, Ethiopia, Uganda, Kenya, Sudan, South Sudan and Djibouti to discuss regional economic infrastructure development and the benefit that regional infrastructure projects could have for economic growth and security within the region. The Prime Minister also met with Pitso Montwedi, South Africa’s Chief Director of Human Rights and Humanitarian Affairs to raise concerns over the discrimination and violence Somalis living in South Africa continue to face on a daily basis.

Whilst in Geneva the Prime Minister took the opportunity to thank the influential ‘Geneva’s Friends of Somalia’ for their support and update them on the current developments in Somalia and ongoing operations against Al-Shabaab.

At the conclusion of the trip Prime Minister Abdiweli Sheikh Ahmed, said: “the main aim of my trip was to demonstrate that investing in job creation is more productive, sustainable and cost effective than peace-making, peacekeeping or any other conventional military operations. By signing up to three of ILO’s core conventions it not only provides protection to workers in Somalia but is another sign of Somalia’s continued recovery and reemergence as a member of the international community.

“This trip to Geneva has also been hugely successful in updating our friends and partners in the international community on the military advances we are making against Al-Shabaab and the progress Somalia is making on its long path to recovery.”

The office of the Prime Minister, Mogadishu, Somalia