Home Academic Papers The patterns of state rebuilding and federalism in Somalia:Report 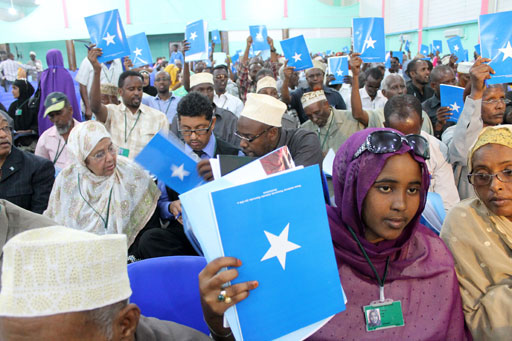 MOGADISHU (HAN) July 7.2016. Public Diplomacy & Regional Security News.BY: Abubakar Mohamud Abubakar.  INTRODUCTION It is widely argued that federal system of government is destined and linked to promote positive political stability in general and in democracies. It also accommodates the interests of different groups in terms of identity, ethnicity and other interest groups. Federalism has been widely employed in order to satisfy and accommodate the interests of different groups and to enhance co-existence among different ethnic and other identity groups. From this perspective, federalism increases the chances of democratic survival, enhances the political stability through peaceful participation, transition and intergovernmental competition between federal member states to render the desired outcome to the societies that they promote and exist within. “Federalism is destined to improve chances for democratic survival” (Boix, 2003; Myerson, 2006) This supports the suggestion of William Riker that the twentieth century was an „Age of Federalism‟ (Riker, 1964).

However, some authors argue, “Federal system of government needs attention to several concerns related to constitutional and other institutional issues, some of which pose peculiar and intriguing issues of normative political theory” (Norman, 2006; Watts, 1998). Unlike any other federal nation in Africa, federalism in Somalia was adopted to satisfy the needs of different clans and not to respond to the ethnic diversity and recognition of different territorial lands. Somali society is homogenous and during the two decade long conflict, coexistence of the different clans in most regions of Somalia remained unchanged except in a few places where inter-clan violence escalated. Prior to the civil war, Somalia adopted a centralized system of government which started off democratically with the first elected Somali President in 1960. After a military coup in 1969, Somalia‟s centralized governance structure continued with President Siad Barre. By 1991, Somalia officially entered a prolonged period of civil war and emerged out of it with a clan-based power sharing system commonly known as 4.5. In Somalia, the end of the mandate of the Transitional Federal Government (TFG) was followed by the adoption of the interim provisional constitution in August 2012 with 96% of Parliamentarians endorsing it. After this point the establishment of a permanent Federal Government was achieved and Somalia entered a new phase.

The government was given a mandate of four years to federate the country and adopt the new constitution through a referendum. While Somalia is turning the corner away from conflict and engaging with the international community in all fields, including state building and constitutional affairs, the current progress made is likely to lead to stability and the end of an era of painful political stagnation. During the course of the adoption of the new provisional constitution, there were issues that remained controversial, notably the creation of Federal Member States and review of the constitution. Therefore, as a post conflict state, any errors including unclear definitions and divisive strategies in the formation of the federal system can have negative impact both politically and constitutionally. The delicate establishment of a strong federal system is necessary to help the current Federal Government to sustain and ensure that the progress being made so far does not fall apart.

At present, the adopted federal system, which is supposed to promote stability and unite the fractured regions of the country under a strong federal government built on consensus, is yet to achieve this desired goal. Ironically, the adopted federalism process led to early conflicts among the local stakeholders over the system. Key concerns outlined by many stakeholders, including regional state leadership and tribal elders, centered on the fair and transparent formation of the Federal Member States and the review of the constitution. This is very important from the perspective of the regional states, because of the history of inter-clan conflicts and the need to fully benefit from the new proposed structures and opportunities offered by federalism. Federalism and the democratic model which it will be based on is new to Somalia and there is a perception among clans and regional states that they must win as much concessions and independence from the center. The emergence of the earlier mentioned obstacles and the main concepts of this research resulted in this paper questioning the general public opinion of whether a federal system of government in Somalia promotes positive political stability and accommodates the interests of different groups.

The fundamental process of transitioning into a federal system whilst being a fragile state like Somalia is also examined and it was hypothesized that: H1: The current Federal System in Somalia is not designed towards enhancing the prospects of state rebuilding from a political perspective and to end the clan conflicts and possible secession. H2: The pre-civil war thirty years of centralized governmental system in Somalia and current clan power sharing system are unlikely to be barriers to the newly adopted federal system. In order to measure further the design of the adopted federal system, the paper considered the status of a limited number of associated factors, which are considered and assumed as positively related to the success of the design of the federal system. These include the review of the constitution, multi-party system, a supportive atmosphere for political competition, clear power separation, and a fair and transparent process. All these are absolutely necessary for the successful creation of federal member states and therefore, a sustainable federal model.