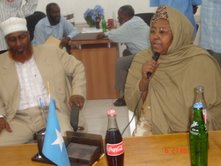 By Opinion, Somali current – I am embarking on an interesting project. I invite you to come along. The goal of this project is to write biography of the men who built Somali Corporations. These are entrepreneur’s, innovators, risk takers, dreamers, and visionaries that in spite of the adversities managed to found and run successful companies expanding many industries: Telecommunications, Money Transfer, Power Generations, Water pipelines, import exports, Transportations among others.

The project aims to examine their life, their business models, and their philanthropic work. This project is inspired by History Chanel series of “The men who built America”.

Andrew Carnegie with humble beginning became a ruthless capitalist, scholar, and famous world philanthropist. Carnegie and his capitalist friends were not immune to controversies that boggle down some of Somali businessmen. The history captures their contributions.

Our entrepreneurs are no different. For the sake of our future generations we need to record and teach their ways in academic circles.

The key questions:
1) Who are they?
2) How did they get start? How did they manage to raise capital in a country that is not stable? How did they manage to gain the confidence of Somali people and breakdown the shackles of Qabiil and all the others that brought the rest of the country to its knees? What are their business models? Their entrepreneurial principles on how to build, maintain, and grow their companies? Their approaches to employee rights and development?
3) What did they do with the money they earn? Do they contribute to the societies that they made the money from? What are some of the visible philanthropic work they started?

The goal of this project is not judging these entrepreneurs based on our personal views. Rather, we examine facts. What can we learn from them – that is both good things we can use and those things that future entrepreneurs should avoid. It is apt to start this series with none other than:
Ahmed Nur Ali Jim’ale

Sheikh Ahmed is an entrepreneur, industrialist, innovator, visionary, and philanthropist.

He is one of very few who overcame adversities to build successful corporation in a country with no government, rules, security, social-capital (trust0), and financial capital.

Like any great industrialist and successful visionary he is referred by many, feared by some, and hated by others. The opponents come in two groups. Business competitors who compete with him. They espouse animosity towards him. Like the series that inspired this writing, these reaction is expected. Rockefeller, Carnegie, and JP Morgan fiercely completed, undercut each other, and desperately attempted to doom the other. The second group are made up of believers that the Sheikh is guilty of allegations of terrorism and is evil capitalist!

The sheikh is not the first entrepreneur to evoke such divisive feelings among followers and detractors. In the series that inspired this research, Andrew Carnegie, JP Morgan Chase, and Rockefeller were referred and fear characters in their day. So it should come as no surprise that Sheikh’s success makes him a controversial figure.

The goal of this research is to represent biographically accurate and verifiable facts about a great business and visionary leader. First we will look at his personal history (who is he), second we look at his business and visionary strategies (how did he manage to build such an empire overcoming many challenges), third we examine his approach philanthropy, and finally will address controversies.

The reader will have facts and figures to make an informed decision. The core thesis of this project is that the Sheikh and his counterparts in Somali businesses are key economic leaders and deserve to be studied and his text book capitalism approach captured, examined, and discussed. Their stories promise to be a play book for burgeoning and ambitious entrepreneurs.

As this research develops, I will greatly appreciate any verifiable facts anyone could share. I look at this project as a communal duty to give the Men Who build Somalia their dues in our society. It is a peer reviewed project. It is document for history books. It is for our children and their children. It is for you. sources : Somali current -HAN & Geeska Afrika Online, Regular Contributors.