Home frontpage The future is now. Are you capturing a piece of it? 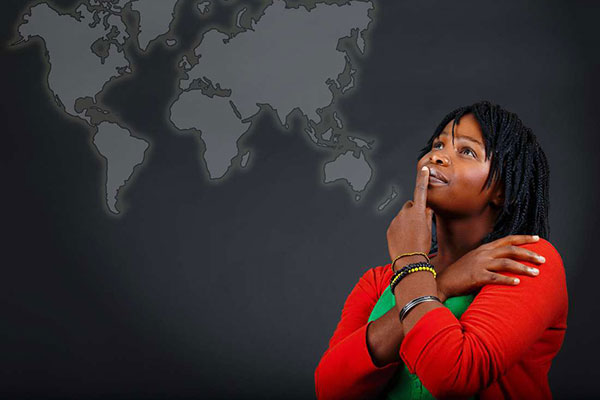 Looking back, I realise that the future is indeed now. We are living in the realised imagination of people from our past.

We need to understand that the future is not a destination — it is an endless journey.

If we set out to reach a destination called “the future,” we trap ourselves in the present of tomorrow.

From the Pyramids of Giza, to the compass, the clock, the discovery of electricity, Thomas Edison’s light bulb, the Wright brother’s aeroplane, the personal computer and the Internet, it is evident that our minds have the capacity to revolutionise the way we live and think.

Everything humankind knows is because brave minds acted on their imagination — they were unapologetically unafraid to do what had never been done before.

What would our world be like if certain steps had not been taken throughout history? Our homes would not be as brightly lit as they are today if Edison hadn’t played his part in the development of the light bulb.

Would there even be a lightbulb if Benjamin Franklin had not made his contribution towards electricity and as a result, influence the thinking of innovators like Edison?

When Apple founder Steve Jobs was fired from his company in 1985, he started a company called NeXT.

NeXT was a complete disruption to traditional computing of the time and as a result, led to his return to Apple when they bought NeXT from him.

During Jobs’s time with NeXT, Tim Berners-Lee felt more could be done with the Internet, so he created the World Wide Web — the foundation for everything we use on the Internet today.

Berners-Lee used a NeXT computer to bring this vision to life. Would the Internet exist as it does today without Jobs’s contribution?

We can take this train of thought further. As a result of Berners-Lee starting the World Wide Web, Google was started in 1998, becoming one of the early dotcom disruptors.

The company grew to become one of the most profitable technology firms in the world today, putting it in a position where it is big enough to buy whatever start-up it feels could add value to the company.

Google stumbled upon Where 2 Technologies — a mapping related start-up based in Sydney, Australia and acquired it in 2004. In 2005, the product was released to the world as Google Maps.

In 2009, the digital taxi disruptor Uber was launched to the world. Uber’s very existence was built on the foundation laid by Google Maps and today, it is valued at around $120 billion.

What we can establish is that our world today is the product of yesterday’s disruptors. Every disruptive company can be traced to the mind of someone who created a platform for the next big thing to exist.

Berners-Lee may never have imagined that his contribution would create a platform for new industries.

Google didn’t know that its contribution to the chain would create multibillion dollar companies and change how we perceive and use technology on an everyday basis.

The future is a reaction to the experiments of today — a chain of opportunities. What are you contributing to the chain? What will be contributed as a result of you stepping out to capture a piece of the future for yourself?

If your are not adding value to the chain, you will remain at the mercy of those that do. The future is now, and the currency for cashing in the opportunities of the future is value.