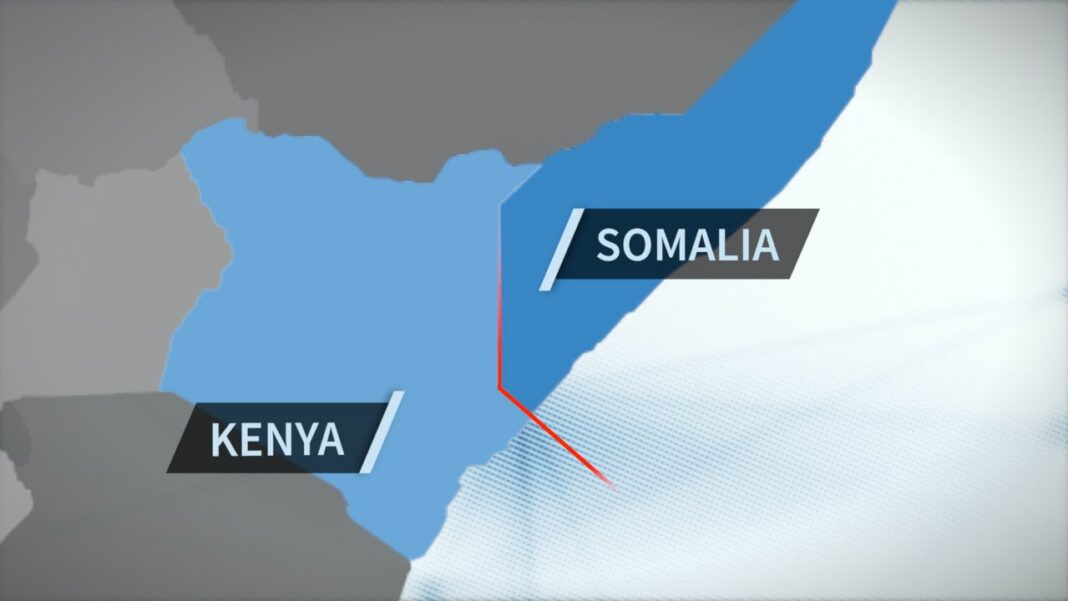 What started as simple matter has degenerated over time into a complex problem, finding its way into the corridors
of international courts. Two neighbours with a lot in common are embroiled
in a crisis they couldn’t sit down and resolve. One is left to
wonder why, within a short time, good friends and neighbours have turned into foes.

These
strange developments have exposed deep-rooted suspicion and mistrust that have
been brewing for the last few years between the Mogadishu and Nairobi
government. Somalia has greatly benefited from Kenya’s generosity, good
neighbourliness and friendship.

The relative peace prevailing in Somalia today
is due to Kenya’s tireless and unrelenting efforts. Knowing very well that
terrorism threat is not only a Somali problem and that a peaceful and stable
Somalia is key to its stability and growth, Kenya had no option but to rally
other nations to bring lasting peace. The fruits are there for all
to see.

Apart from sharing a border, the two countries share the Somali
ethnic group, whose language is Somali. Kenya has
hosted thousands of Somali refugees for decades in Ifo and
Dadaab

— both in Garissa county. These
refugees arrived here due to persistent violence, war, drought and famine. Some
just came to seek social services absent in their home
country, like education and medical care. Kenya, on the other hand, has benefited
from export of miraa to Somalia by Kenyan miraa farmers.

So what
might be the possible causes of this deep mistrust, despite a show of friendship
and mutual respect whenever the two Presidents meet?
First, could Kenya have erred by involving itself in Jubaland State politics
immediately after the liberation of Kismayu from al Shabaab? The Mogadishu government
had earlier accused Kenyan authorities of meddling in the politics and supporting Gen Ahmed Islam, popularly known as Gen Madobe, who led a
different faction that fought alongside KDF in the liberation of Kismayu. The
Mogadishu government said they had the final say on who was going to be the
Jubaland President and not “outsiders”. In fact, the relationship got sour to
the level that the Somali government demanded the immediate withdrawal of KDF
from Kismayu and its place be taken over by a neutral force.
Secondly, the shocking revelation by the UN Monitoring for Somalia and Eritrea
that Kenya’s troops in Somalia are deeply involved in the illegal charcoal
trade banned by the UN in 2012 may have complicated the already
deteriorating relations. This report was
released last year and prepared for the UN Security Council.

The Kenyan government vehemently denied by
allegations. However, it did not
go well with the Somali government since the report had laid it bare that the
Kenyan government had hidden economic interests. Failure by the Kenyan
government to work with UN authorities in investigating these
allegations worsened the situation. Until now I do not know whether a
comprehensive investigation has been carried out and the troops
involved brought to book.
Thirdly, the earlier decision by the Jubilee government to repatriate all the
Somali refugees living in Dadaab and Ifo camps and subsequently close these
camps could have angered the Somali government. The government alleged that the
camps harbour terrorists and are therefore used to plan and launch attacks in
Kenyan towns. This was after the Mandera and Garissa University terrorist
attacks.The international community and
the Somali government suggested that the refugees be
left to voluntarily return to their country. The UN refugee agency boss
visited the country mid-this year over the matter, and it was agreed that the agency and the two governments work
together on refugee relocation.
Lastly, Somalia has protested on several occasions against the ongoing
construction of a boundary wall on the 860km border by the Kenyan
government to act as a barrier
to terrorists. The Mogadishu government
has complained of not being consulted and involved in this mega project
yet it is going to hurt its people. Why didn’t the Kenyan
government consult its neighbour so that the contentious issues are ironed
out before embarking on  the project? More consultation should be carried
out to clear the matter, otherwise
the differences may reach their peak.

Whatever the ruling on the maritime boundary dispute, the two countries will
still have deep mistrust. Something has to be done. The two governments cannot
just assume they are enjoying cordial and mutual relations and that things
are going on smoothly. The differences have the potential of escalating into a
full-blown war if not checked.

The writer works with Windle Trust Kenya, which implements education in refugee camps in Kenya on behalf of UNHCR.
Email: ochiengstephen88@yahoo.com