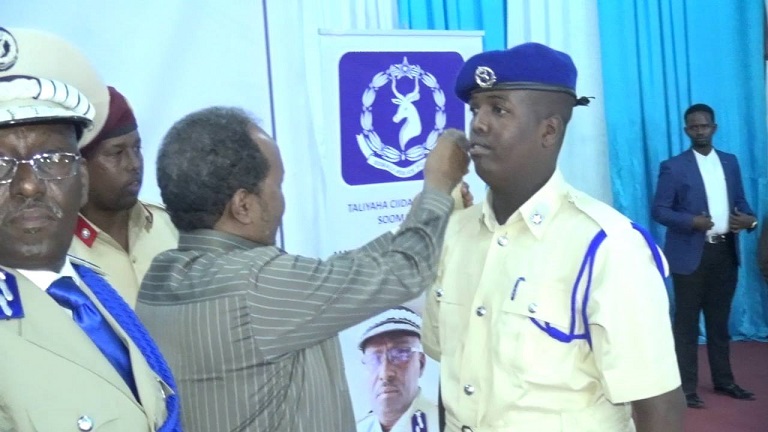 Chief SPF S / General Mohamed Sheikh Hassan Hamud, said the new officers are part of the general arrangements for the police forces in various parts, to accommodate the collection of security in Somalia need.

Somali Minister of Internal Security, Mr C / plot Omar, has indicated that a strong effort was made commander of the police ministry to assist in the implementation of the president’s decision to reform police forces.

President of the Federal Republic of Somalia, Hassan Sheikh Mohamud, has praised the police, he congratulated the new officers will be honored by the highest number of graduates opt to join the police force.

President of the Republic, said that the Federal Government is committed to a complete tool to work with their officers, said Wednesday that the young country can boast.

Hassan was arrested at his two-star rank officers graduated, he also promoted the fighting in Somalia, President’s awards for police chief awarded Academics new officers who have joined the police.