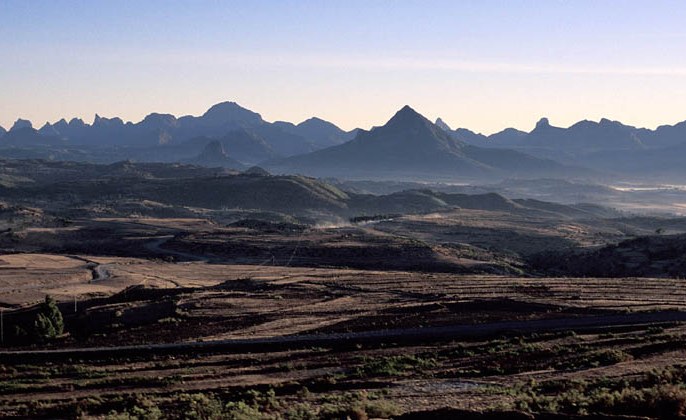 ADDIS ABABA (HAN) May 5. 2016. Public Diplomacy & Regional Security News.BY YOHANES JEMANEH. It was about forty years ago that fascist Italy had been preparing for war so as to avenge the shameful defeat it received at the hands of Ethiopians at the battle of Adowa in 1896. At the beginning of 1930s, Italy was eager to exercise its expansionist bent over Ethiopia. Having this in mind, the then fascist leader, Benito Mussolini proclaimed his intention of invading Ethiopia to the League of Nation which was also known later a ‘toothless dog’ for incapability to salvage nation’s sovereignty. His intention emanated from training this backward country (Ethiopia). The League was even unable to stop the aggressive invasion among member countries, as it clearly happened among Italy and Ethiopia.

Instead of condemning the invasion, the league preferred to remain tight lipped on the bellicose war against Ethiopia and it was the main game of the league dominant powers that were apprehensive that Mussolini could join ranks with Nazi Germany. Therefore it was a very wise act for the league members to offer Ethiopia as a push over.

Except for few countries like Mexico and Russia most of the other members states preferred to remain silent on Ethiopia’s invasion by fascist Italy. However, this silence was not long lasting for the convenience of the two aggressive powers, fascism and Nazism. Then the dominant powers broke their silence and engaged in the war as Britain did. At the time the impressive and prophetic speech of emperor Haileselassie for the League members focusing on “the fascism led attack on Ethiopians would not eventually spare other members of the league” got credence and began to be tuned into again.

In 1935, the league was still mum. It was mum while Britain joined the war beside Ethiopia in 1940s so as to protect its mandate in the horn of Africa. Despite the evacuation of fascist Italy regime, it was very painful to observe the consequences of the five year period of occupation and ambushed fighting because a number of people were killed during the war and even civilians were massacred at a square for the reason that patriots tried to attack Marshal Graziani, the fascist leader in Ethiopia. At the time about 30,000 peoples were massacred and not uneasy number of people were also brutally wounded.

Patriot Dagnachew Temesgen is an elder patriot who had not take part in the fight against fascism but his mother did. Today she is in the mid 90s and capable of narrating the then war scene to him.

Inheriting the forefather’s military prowess and remembering the value of their sacrifice will have a critical role to understand who we are. It as well will pave the way of the journey to development. Dagnachew also stressed this concept in the moral. Tightening national feeling this generation has to equip itself with this immortal ideal. The then citizens were true to their word and they were also disciplined patriots at most and this motive must be the important stimulant for the current youths to actively engage in their chosen profession to develop their nation.

Recalling about the years of military engagement, Patriot Dagnachew noted, at that time most of the people were born fighters. Family members or neighbors were secondary matters to them when the sovereignty of the country was under treat. They were fighting oblivious to death.. To him the determination to fight and a just cause are the core ideals for any war beside fate, for during the war contrary to the fascists, the patriots had not any modern gun power or other war equipment beyond outmoded guns which served during the war of Adowa. Therefore even in the second Ethiopia-Italian war,our forefather’s war arsenals were spears, shields and sabers. However the patriots were most courageous to attack the fascist army and to receive modern weapons.

The Ethiopian Patriots Association President Lij Daniel Jote Mesfin noted that the government’s support is vital to the betterment of the lives of the patriots and their families. In this sphere the association is doing its best to avail them support. And he also appreciated the government’s decision to allow patriots free transportation ticket to address their problems. Celebrating the day also have a great role in commemorating the forefathers’ sacrifice and to fulfill their need beyond the observation of patriots current status.

Regarding paying homage to the then fighters the association is engaged in visiting the forefathers or their families. Recently some members have visited the families of forefathers in Amhara region at Gondar, Bahir Dar, Shoa and other areas. In the course of the visit, the association has made a recording involvement of historical sites. As to him, the association has recorded a video of some vicinities and caves,which were the forts of the patriots during the war.

Mefin Mesele is one of the researchers who presented a paper on the forefather’s role during the first day symposium on 27, April 2016 at the convention center where, the 75th anniversary was already launched. The paper reflected that beside the Ethiopians long war experience, the war songs which are performed beforehand during post war periods had critical roles. According to Mesfin, the war songs are performed by the patriots to embolden and stimulate the patriots. The songs were degenerating and belittling invaders so as encourage patriots fight back with a spirit of superiority— people of a patriotic country.

YEBO’s, media and communication CEO and coordinator, Getachew Belete disclosed the then war cries were serving as a motive to win a certain goal. Especially for the Ethiopians the songs were very important tools; more than the war arsenals. According to him, writers also illustrated the power of shilela and fukera (war songs) had inevitable part in the Ethiopian’s heart filling their vessel with courageous blood to wipe out fascist troops. To him, Ethiopians victory over fascist Italians has showcased the power of unity. And it has also created the idea of independence throughout the continent. After the war, most African nations were defending their rights and fighting to ward off the brunt of the oppression of colonialism. Many countries were also imbued with the spirit of Ethiopians and shared Ethiopian flag with different combination to show their commitment of Ethiopianism movement as a struggle for freedom for the reason that Ethiopians had shown their determination to die for their liberty.

Patriot Shewantasew Yimraw remembered the then war songs as ere tiragn chakaw ere tiragn duru, lantem yishalihal bichan kemaderu which means “forests summon me , wildness summon me , to get a companion and intimate friend than standing aloof”. It mostly related to retreating to the forest and caves to fight back tooth and nail than surrendering to the enemy. There are also other songs which deals with the sacrifice and feeling victim and the initiation turn back the attack. Enkuan nekaktewn hidu blew kager, tintim tebay belton altegnanm neber, let alone evicting us out of our country we were not drowsy when the flees troubled us. Shewantasew was a 16 year lad when the nation was invaded by the fascist in 1935 but he remembers all the aforementioned scenes reaching the age mark of 90s. Looking his performance, dancing and singing war-cry seemed not stranded by age because he proves still strong to perform it.

To him, the strong unity and commitment of the patriots had significant role to come up with the decisive victory and the then patriots were highly committed to sacrifice their lives and to save their nation from the greedy invaders. Although today the nation has not similar problems, the generation has to keep up supporting and commemorating forefathers and veterans.

Participant Abel ZeMelak said that since forefathers’ effort is to protect their nation in the horrible era the current generation especially the youths have to uphold this moral to developing their nation. He also noted that youths ought to inherit the spirit of patriotism. Another participant Habtamu Abate on his part noted that the dignitary patriots have payed their part and the current youth need to play their due role in different way.

The anniversary will be accentuated with various programs until May 5, 2016.