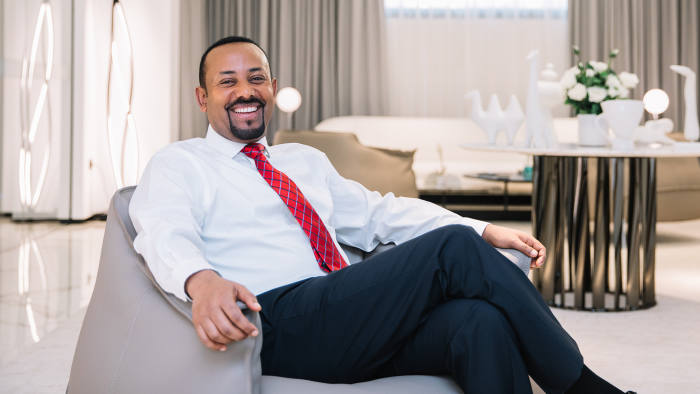 ADDIS ABABA (HAN) May 15. 2021. Public Diplomacy and Regional Stability Initiatives News. Monitoring Regional Issues. Opinion BY: Fayesa Assefa. Although Prime Minister Abiy and his team have won the battle against the TPLF, they have so far failed to leverage the victory for bringing the country together and successfully tackling the myriad internal and external threats that it faces. Abiy and his team have demonstrated flashes of strategic excellence and tactical brilliance in vanquishing the entrenched TPLF. But they have flip-flopped on taking a firm stand against the rising violent extremism in the country and committed amateurish mistakes in understanding and managing the country’s multiple and serious political risks.

The TPLF’s institutionalized “divide—and-conquer” ethnic federal system, has left serious structural vulnerabilities for internal and external adversaries to easily exploit and throw the country into full blown instability and crisis. Vulnerabilities also have risen from the unpredictable and chaotic nature of the transition itself. Closing the structural and transitional fault lines and managing and mitigating risks is indispensable to thwart internal and external threats and achieve sustainable peace, stability, and development.

Abiy and his team combined courage, strategic excellence, and tactical brilliance to outmaneuver and outfox the intrenched and treacherous TPLF and extract the country out of its long and deadly grip. They mobilized Ethiopians to stand together against the extremist TPLF. They formulated the crucially important strategic alliance with Eritrea to counter a common and deadly threat. They demonstrated tactical and operational excellence in reversing the TPLF’s surreptitious armed attack and in eventually defeating its huge and highly armed military.

However, the same cannot be said of Abiy and his team when it comes to countering the TPLF’s ferocious, well-funded propaganda and managing the political transition. Thanks to the TPLF and its acolytes for cultivating radicalism over the past thirty years, the nation faces lethal threat from violent extremism. The TPLF exploited genuine ethnic grievances to divide and control the country. It purposely instituted ethnic federalism for short-sighted gains. This evil calculus might have served the TPLF for a while but was never a sustainable strategy. Most of the TPLF proponents of this system are now either dead or in jail.

Using the bogus federal system, the TPLF amassed power and economic benefits, while sowing distrust and afflicting discrimination and suffering upon the vast majority. In so doing, the TPLF accumulated the ire and deep resentment of the people, which formed strong, popular support for its eventual removal from power and demise. This popular sentiment against the TPLF explains the almost universal, cross-ethnic support the government enjoys in its legitimate actions against the former.

The TPLF, claiming at best to represent the 6-7 percent of the country’s population, did the people of Tigray and the rest of Ethiopians a disservice in instituting ethnic federalism that jeopardized minority rights and put the country in turmoil. The TPLF went to the extreme to defend this unworkable formula even after it was ejected from power. Now the TPLF’s remnants and supporters are aligning with Ethiopia’s internal and external enemies to make the country ungovernable, further isolating themselves from most of the Ethiopian people.

But why are the remnants of the TPLF and their acolytes so adamant about preserving their bogus ethnic federal system, despite irrefutable evidence of its failure? It appears they are incapable of learning from their costly mistakes. Change is difficult for them. They can’t pivot because they are steeped in ethnic politics and are uncomfortable in contemporary multiparty democratic competition. They think they can hoodwink Ethiopians and the international community again. They present a false dichotomy of a unitarian state verses ethnic federation, as if these are the only two options. The TPLF and its ilk make the false argument that Abiy and his supporters are trying to take the country back to a unitary state of the type under Haile Selasse and Mingistu. Neither Abiy nor other pro-democracy forces are clamoring to bring back such a system. Instead they seem to realize, despite the occasional wishy-washiness, the TPLF’s experiment with ethnic politics has miserably failed to usher a peaceful, stable, democratic Ethiopia and a bright hope for the future. That is why they dissolved the EPRDF ethnic coalition after kicking out the TPLF.

If the ethnic policy of the TPLF is pursued to its natural end, Ethiopia will be reduced at best to tiny states and devolve into incessant inter and intra-ethnic conflicts, economic malaise, pestilence, and abject poverty. It sure is a path to joining the hellish club of failed states. No wonder no sane nation in modern history has institutionalized ethnic federation as its governing framework. In fact, most outright ban it. Simply speaking, the thirty-year costly TPLF experiment has rendered the case for such a model moot.

Abraham Lincoln, one of America’s greatest presidents, once declared that “a house divided against itself cannot stand.” Former US president Obama built on this and in a 2015 speech to Kenyans stated: “politics that’s based solely on tribe and ethnicity is a politics that’s doomed to tear a country apart. It is a failure — a failure of imagination.” This lack of imagination is what prevented the TPLF from seeing other alternatives and eventually brought its demise. Ethiopia’s thirty years’ experiment with ethnic politics has proven the wisdom of Lincoln’s aphorism beyond any shadow of doubt. Although, sadly, for whatever reason, US policy toward Ethiopia didn’t reflect this revered American principle during Obama’s presidency and so far under Biden.

The TPLF is gone never to come back to rule Ethiopia again, but its toxic legacy will cast its dangerous shadow for a long time to come. The most potent aspect of this dangerous legacy is the rise of violent ethnic extremism feeding on the TPLF-enabled radicalization of the past 30 years. Abiy government’s lack of resolve to address this existential threat and mistakes committed early in the transition have contributed to the current instability in some parts of the country. For example, inviting avowed and armed extremists into the country without requiring them to disarm and denounce violence and standing by when they conducted systemic and open mass radicalization were costly mistakes. Thereafter, emboldened ethnic extremists openly agitated and called for violence against perceived enemies and begun to challenge the government’s authority. Soon these extremists organized and launched attacks and consumed and disrupted the lives of innocent millions. The extremists also likely infiltrated the government structure and made it dysfunctional to effectively respond to the violence that they instigate. The government needs to rid itself of TPLF-clones who want to maintain the same failed system and only change the driver. The issue is not in the identity of the extremist but the unacceptable idea of one ethnic group dominating all others. Such a system didn’t work for the TPLF and it won’t work for anybody else. Encouragingly, the government seems to be waking up to the scary rise of violent extremism and the dangerous enablers ensconced within its own ranks.

The decision last week to legally designate the TPLF and OLF-S as terrorist organizations is a clear step in that direction. Honestly, such a measure should have been taken long ago, given the duo’s documented terrorist activities that have resulted in the injury, death, and displacement of untold number of people and the destruction of property. Mind you each was bestowed with such a label years ago (the TPLF before it came to power by the US Government and the OLF by Ethiopia’s EPRDF government under the control of the TPLF). Likewise, the recent statement from Ethiopia’s National Security Council on neutralizing internal threats from within the government is encouraging. The time has now arrived for the government to actualize these declarations through concrete actions and to put the country on an unambiguous stable path.

At the same time, the government must work hard to earn the thrust and support of the people of Tigray and others affected by conflict. It must continue to provide humanitarian and rehabilitation assistance to victims of conflict in Tigray and other parts of the country. It must investigate atrocities committed and hold those culpable to account for their crimes. The government’s performance on these issues will have huge impact at the upcoming elections. Progress on this front will likely earn the government clear mandate to lead the country moving forward.

Now is not the time for flip-flopping, indecision or blame game. The vast country of over 112 million people is squeaking under the pull of tremendous tensions. Unless loosened judiciously and decisively the strained mesh that is holding the country together could tear apart and all hell will break loose. None of the contending ethnic parties are going to benefit from such an outcome no matter how big or small they are. In such a scenario, each ethnic group will be condemned to perpetual conflict, poverty, and pestilence. They can kiss goodbye forming a viable, modern socio-economic polity that can provide for its people and compete and succeed in this technologically and scientifically advanced age. Ethiopia’s leaders were able to defeat the extremist TPLF because they pursued a just cause standing together. They need to do the same now to bury the ignominious legacy of the TPLF, rid of extremists from within their own circles, and bring the divided country together. In so doing, they would avoid the fate of the TPLF, guarantee a bright future for their people and themselves, and secure their rightful place in a glorious history.