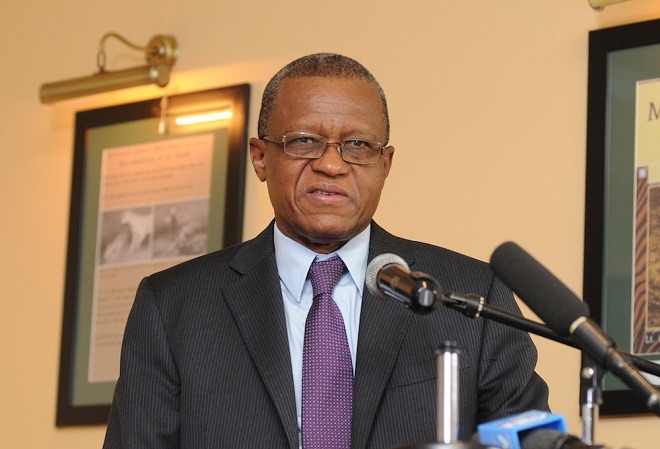 Djibouti   (HAN) October  3, 2015 – Public Diplomacy and Regional Investment Initiative News. Ambassador Maman Sidikou has underscored the important role religion can play in stabilizing ‎Somalia. In a meeting with Somali imams representing ten mosques in Minnesota, United States, on Thursday 1 October 2015, the Special Representative of the Chairperson of the African Union Commission (SRCC) for Somalia and Head of AMISOM said the turmoil in Somalia could be significantly reduced through the contribution of religious leaders.

” I am proud to say that the women of ‪#‎Somalia have played, and continue to play, a crucial role in our journey to stability, progress and prosperity. Somalia in its darkest hours of strife, was supported into the light by the solid efforts of its daughters, sisters, mothers and professional women who, despite their own losses and suffering, helped to herald in the new age of peace we enjoy today. We thank them for their sterling efforts and we are committed to never forgetting their sacrifices.” By Dr Abdisalam H. Omer, the Minister of Foreign Affairs of Somalia during his speech on the conference on Women, Peace and Security

Somali diaspora community: We have two special guests visiting us in Minnesota to talk about peacebuilding and reconciliation! Thursday, October 8th 6pm (will start on time) . Space is limited, please RSVP for this intimate discussion.

Context: It is easy to feel powerless in the face of violence sweeping the world — from Syria to Somalia to El Salvador, and closer to home in cities like Baltimore and Ferguson. The field of peace building offers new approaches to conflict, war and violence, and presents hope in often surprising ways. Please join us for a discussion with:

Melanie Greenberg, the President and CEO of the Alliance for Peacebuilding, who will dispel some stubborn myths about war and peace, and will highlight the courageous and inventive peacebuilders working to resolve confllict in the most turbulent areas of the world.

Naomi Desmond Tutu, Diversity consultant and Human Rights Activist will shed light on what it will take to build a strong foundation for a true reconciliation to take hold in communities in conflict.