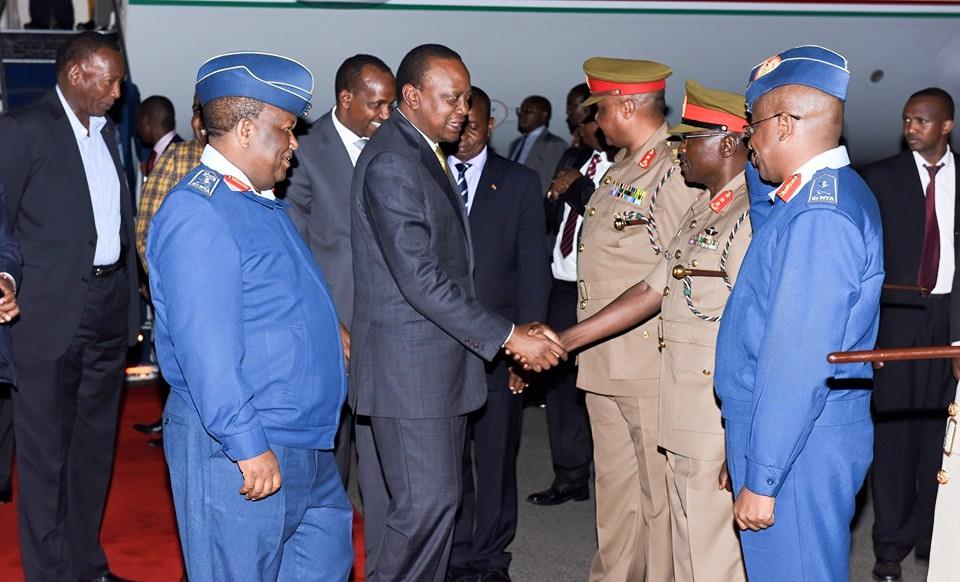 Nairobi (HAN) April 21, 2015 – Public Diplomacy, Regional defense and Maritime security News.  The Kenyan President   attended the Horn of Africa Coordination Meeting hosted by Jordan and whose focus is how to fight terrorism and radicalization.

The President jetted in from Jordan where I joined other regional leaders for a meeting with King Abdulla II.

One of the issues President Kenyatta  spoke was the danger posed to Kenya by the continued instability in Somalia.

“The continued state of instability in Somalia – which is compounded by inability to control territories that have been liberated or that are still in the hands of the Al Shabaab is limiting Kenya’s ability to deal with the threats,” the President said in his speech.

Photo Comment: Stephen Nyandusi, The inspector General doesn’t know even how to hold is “Rungu” professionally , it’s the other way round , look at is deputy and the army general how they have fine professionally.