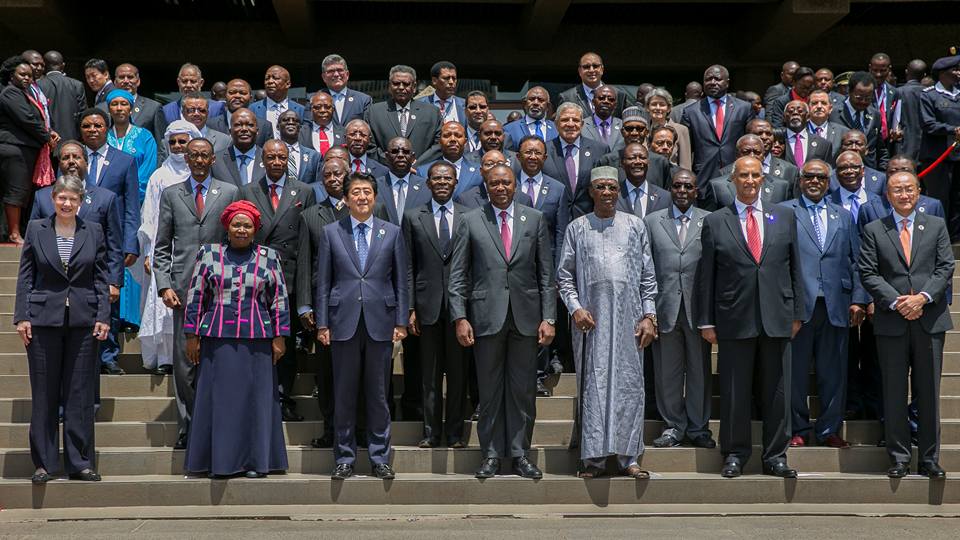 The heads of states and government of African countries and Japan, representatives of other partner countries, leaders of international and regional organizations, private sector and civil societies’ representatives met in Nairobi, Kenya from 27 to 28 August 2016 for the 6th Tokyo International Conference on African Development (TICAD-VI).

TICADVI was co-organised by the Government of Japan, the African Union Commission (AUC), the UNDP, the World Bank Group and the United Nations.

On the opening session of the summit, Prime Minister Shinzo Abe pledged that Japan will mobilize a total of $30 billion in private- and public-sector funds to invest in Africa over next three years to boost infrastructure building in Africa.

The premier noted that Africa has a right to demand that the international community better to reflect its views and Africa should send a permanent member to the United Nations Security Council by 2023. He also underlined that reform of the United Nations Security Council is truly a goal that Japan and Africa hold in common and called up on African leaders to walk together towards achieving it.

During the TICAD VI conference, the assembly made extensive and deep discussions on private-sector investment, the industrialization of economies in Africa, creating sustainable economic structures, health and prevention against pandemics such as Ebola and Zika, the fight against terrorism, educating and empowering poverty-stricken youths to prevent them from being lured to extremist groups and terrorism.

During the conference, the participants reviewed the status of implementation of the targets agreed during the TICAD-V Summit in Tokyo in 2013 and various TICAD programmes already underway across Africa. The conference also assessed and identified existing challenges and emerging opportunities that are crucial to the continued success of the TICAD agenda.
At the end of the TICAD VI summit, the leaders adopted the Nairobi Declaration, laying out goals to be achieved by the next TICAD in 2019.

According to the Nairobi declaration, the leaders acknowledged the achievements made and affirmed that the Nairobi summit opens up new chapter of the ATICAD process. The leaders underlined that TICAD is a unique platform which is crucial to cement and enhance socio-economic and political cooperation between Japan and Africa. They said TICAD is also one of the most important mechanisms to bring remarkable development and integration in Africa.
The heads of state and government reiterated their commitment to continue strengthening TICAD process with the guiding principles of open and inclusive forum, engagement of multi-stakeholders, alignment with African prior agendas, emphasis on people centered development, effective implementation with integrated follow-up mechanisms.