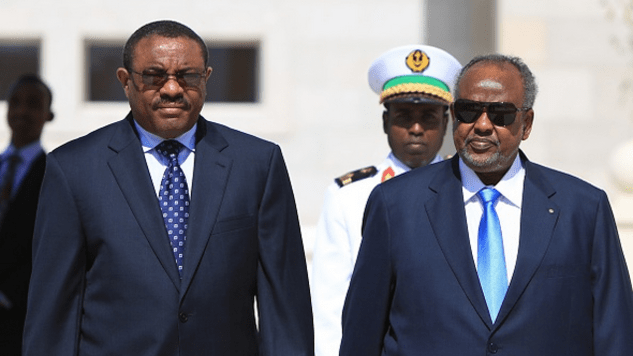 Mr. Ibrahim Osman, Mayor of the Dire-Dawa City Administration extended a warm welcome to the Djiboutian delegation and emphasized the readiness of the Ethiopian delegation to have candid and fruitful deliberations for the mutual benefit of the two countries.

He said Ethiopia attached particular importance to the longstanding ties of brotherhood, understanding and cooperation with Djibouti and was keen to further enhance these ‘exemplary relations’. He added: “The ever growing infrastructural integration is an indication of the level of economic interdependence and can be taken as a model for the regional integration in the IGAD region.”

The two-day Joint Border Meeting heard and analyzed the reports of the Joint Border Sub-Committees and adopted a number of agenda items on the movement of peoples and goods, cross border bus transport, illegal migration and human trafficking as well as security issues and culture and youth affairs.

The adopted agenda items were signed by the Secretary General of the Ministry of Interior of Djibouti, Mr. Sirag Omar Abdoulkader, and the Director General of African Affairs from the Ministry of Foreign Affairs of Ethiopia, Ambassador Solomon Abebe. Both sides agreed to hold the 23rd Ethio-Djibouti Joint Border Commission Meeting in Nikhil, the Republic of Djibouti. MFA