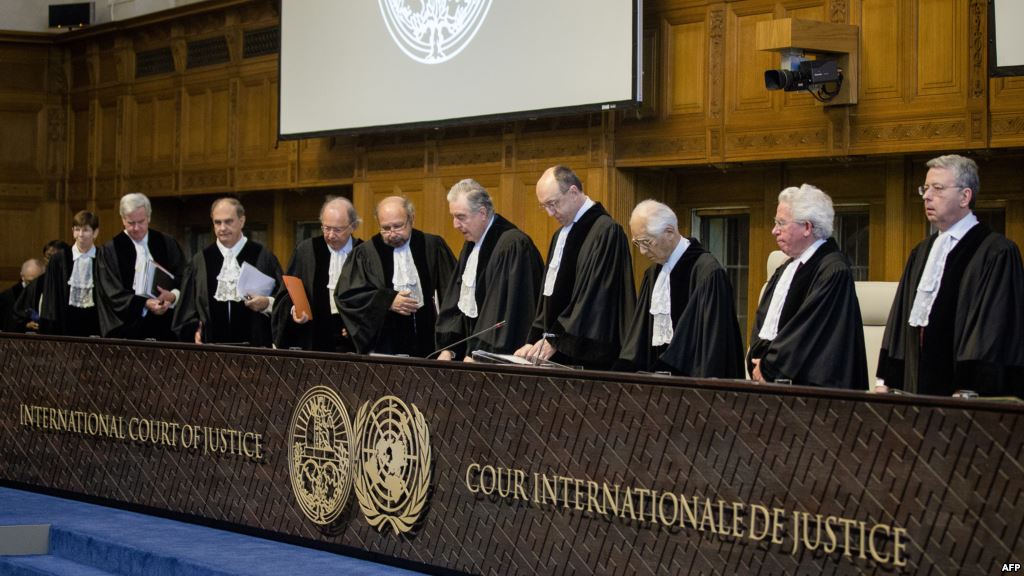 This week, the International Court of Justice will hear a border dispute case pitting the neighboring – and generally neighborly – states of Somalia and Kenya against each other over waters hiding massive oil and gas reserves in the Indian Ocean.

Fossil fuel deposits off the shores of Kenya and Somalia have only been discovered over the past couple of years, and both countries have launched initiatives to begin reaping benefits from maritime areas, though estimates of the size of the reserves vary between speculators.

The lawsuit initiated by Mogadishu makes the ICJ’s ruling pertinent to three or four of Kenya’s 24 lucrative offshore drilling blocks, depending on the geographic implication of the court’s ruling. Kenya has a long history of exposing offshore drilling blocks to foreign companies for exploration purposes, but previous discoveries have not proven to be commercial until just recently.

“Somalia would have the court believe that during all these years, Kenya has been scheming to take advantage of its neighbor to steal its sea and oil,” Kenyan Attorney General Githu Muigai said.

During Monday’s hearing, Muigai also told the court’s judges that allegations of bad faith during diplomatic exchanges were “absurd and hurtful.”

Somalia has asked The Hague-based court to determine the “precise geological co-ordinates” of the maritime boundary in the Indian Ocean between the countries at odds, adding that diplomatic negotiations regarding the matter have not resolved the dispute.

In October 2015, Kenya raised objections against the ICJ’s jurisdiction and the admissibility of the application.

“The hearings will concern solely the preliminary objections raised by Kenya” against the application Somalia filed for the lawsuit in late August 2014, according to court documents.
Kenya’s legal team cited an official memorandum of understanding that dates back to April 2009, in which both nations agreed not to take the current case to the ICJ.

Accordingly, the lawyers say the court “was not competent to rule in the present case.”

Somalia, Kenya’s northern neighbor, argues the maritime border should follow the contours of the land border in the southeast direction, according to Articles 15, 74 and 83 of the 1982 United Nations Convention on the Law of Sea.

Kenya says the line should go straight east, following the line of latitude, which would allow Nairobi additional sea territory. The country insists that it has enjoyed legal jurisdiction over the disputed area since 1979 – three years before the U.N. convention – when it declared an Exclusive Economic Zone over the waters it is now defending as its own in court.

The two competing border interpretations put a triangle of more than 100,000 square kilometers (40,000 square miles) of oil and gas-rich waters into dispute.

An intelligence brief released in April 2014 suggested that Somali coastal waters in the Indian Ocean could have some of the largest oil and gas deposits in the world. At a special summit in London later that year, Somali Oil Minister Daud Mohamed Omar said the country would begin producing oil and gas by the year 2020.

“The Somali government, even though it wishes to move forward quickly in these areas, will also move forward cautiously,” Omar said. “We do not intend to have the quest for oil and gas to re-ignite divisions and violence.”

But it seems the government did begin the exploration process in a hurry. The London-based Soma Oil and Gas conducted a seismic survey of oil and gas potentials covering thousands of kilometers of offshore Somali territory in December 2014 – just two months after Omar’s announcement.

“The government has recognized they need to stimulate exploration,” Soma CEO Bob Sheppard told the BBC at the time. “They need to stimulate the creation of a hydrocarbon regime because they are in a prospective area.”
Despite Omar’s official stance that it hopes to prevent regional divisions and violence over new oil ventures, the Kenyans have taken offense over Somalia’s tone in the court proceedings due to Nairobi’s generous contributions to anti-Shabaab military activities.

Muigi has said that Mogadishu’s claims “are unfair and disrespectful of a government and people who sacrificed so much in support of Somalia,” including the lives of “hundreds of Kenyan soldiers and civilians” in the fight against the jihadist group.

The outcome of the case could determine the future of peace-building forces in the Horn of Africa, which has been home to now-dwindling pirates, thriving terrorist groups, and other dangerous organizations in recent decades.