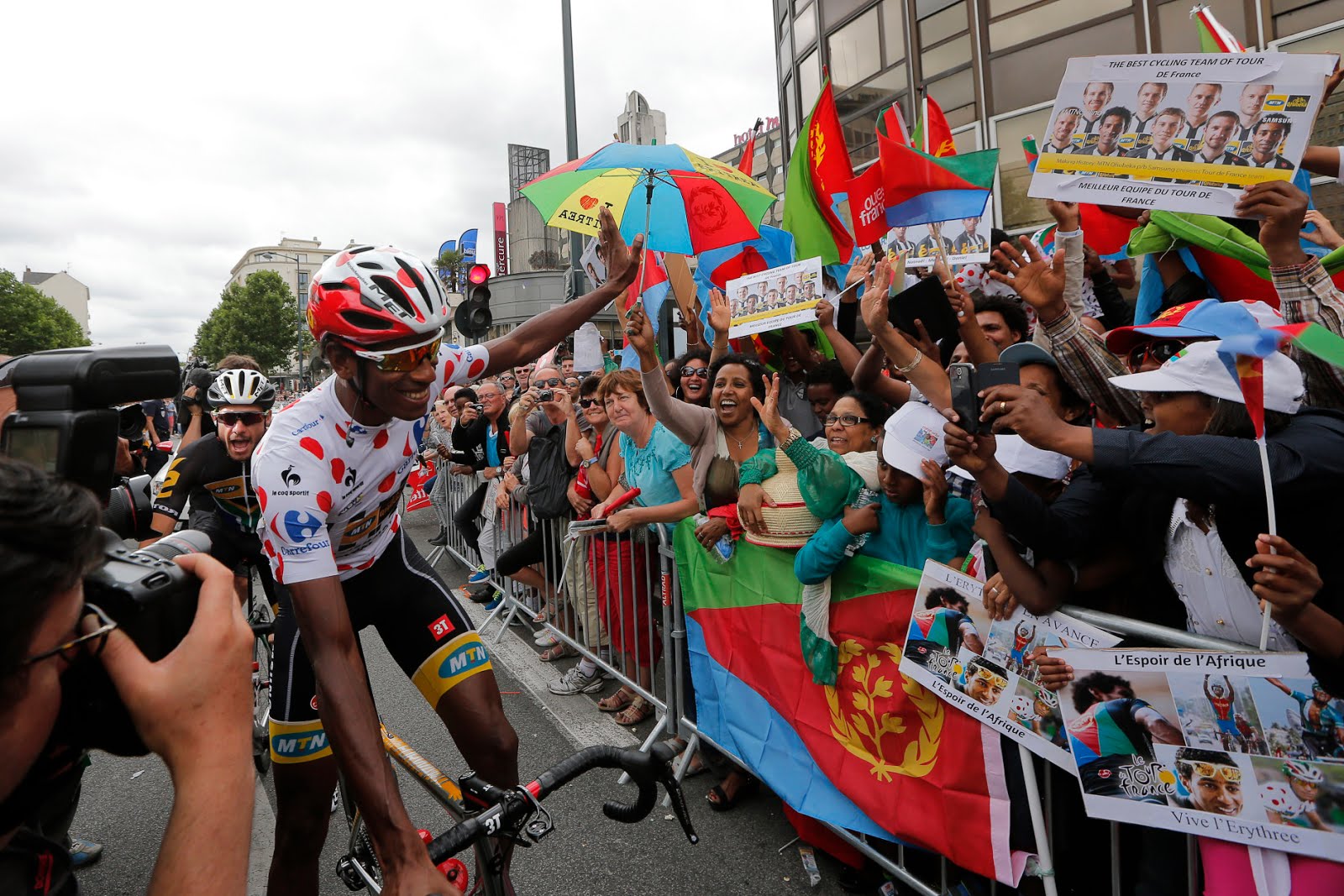 Teklehaimanot became the first black African rider to compete in the Tour de France last year when he had the honour of being the first man to roll down the ramp for the stage-one time trial in the Dutch city of Utrecht.

African-based Dimension Data, formerly known as MTN Qhubeka, have established themselves as a leading team in major tours.

Norway’s Edvald Boasson Hagen, who won the points jersey at the Dauphine, British sprint king Mark Cavendish, American Tyler Farrar and Steve Cummings who won the team’s first stage at the Tour last year on Nelson Mandela Day, are all in their ranks.

“We have an incredible squad of riders with lofty goals and big dreams like a year ago,” team owner Doug Ryder said.

“It is a privilege to be a part of the Tour de France and to be able to leverage the global power of the event.”

While Dimension Data challenges for the main jerseys on this year’s Tour, it will also be raising awareness of its Bicycles Change Lives campaign – a project close to Ryder’s heart.

This year’s Qhubeka 5000 challenge wants to put 5,000 Africans on bicycles through fundraising during the Tour.