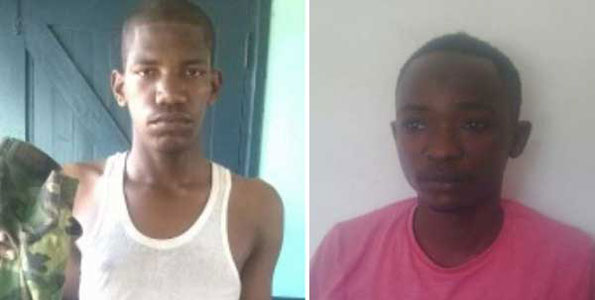 The suspects were arrested at roadblocks erected by security personnel in Operation Linda Boni.

The operation is being carried out in Boni Forest, where Al-Shabaab terrorists are said to have set up camps, and has been extended to the neighbouring counties of Garissa and Tana River.

One of the suspects, Mashuud Bashir Hamisi, sneaked back to Kenya after he was deported to Tanzania in January last year.

“Mashuud travelled from Tanzania using the sea route to evade detection from the Kenyan Police as he had been previously deported from Kenya by the Anti-Terrorism Police Unit (ATPU),” says a police report seen by the Nation.

Last year, he was arrested and charged with being in Kenya illegally.

This time around he was arrested at a roadblock in Hola and was taken to a Garissa court, where he pleaded guilty to being a member of Al-Shabaab.

The other suspect is Twaha Rashid Hiyal, 20, from Bagamoyo.
He was arrested in Lamu, where he is said to have been planning to cross the border into Somalia.

“The arrest of these two Tanzanian nationals is evidence that the ongoing operation is also making headway in preventing youth not only from Kenya but also (neighbouring) countries from reaching Somalia to join Al-Shabaab,” the police report stated. theeastafrican