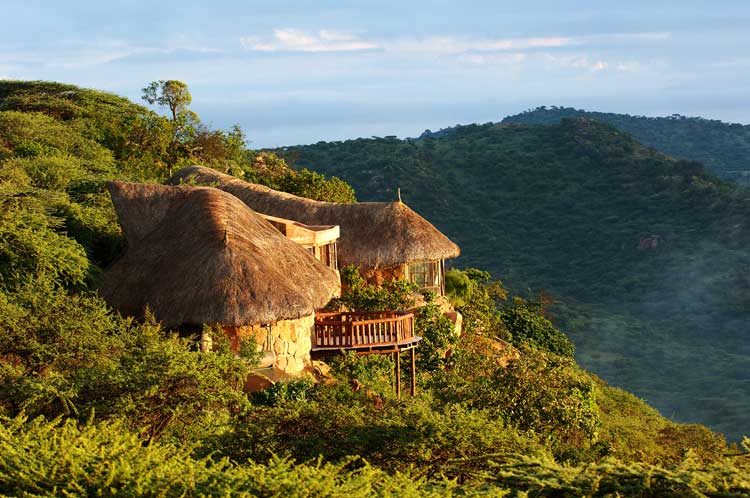 LAIKIPIA (HAN) September 5.2016. Public Diplomacy & Regional Security News. By Shadrack Kavilu. Deep within the Mukogodo forest in central Kenya, a community of traditional hunter gatherers are working with the government to help expand forests and crack down on illegal logging and poaching using ancient conservation techniques.

The Yiaaku are hailed a model of collaboration with authorities, using traditional knowledge to take care of tree and plant cover while adopting new livelihoods such as keeping bees and livestock to protect animals from hunting.

Kenya Forest Services Director, Emilio Mugo, said legislation to allow co-management of forests was introduced nearly a decade ago but the Yiaaku is the first successful community to do so, with hopes this approach can be replicated across Kenya.

“Where this community model is practiced we have seen cases of illegal logging reduce up to 50 percent,” Mugo told the Thomson Reuters Foundation.

“Since we integrated the community’s indigenous knowledge model of conserving forests into our forest policy .. there has been little friction or tensions with these forest dwellers.”

The Kenya Forest Management Act of 2007 aimed to integrate communities into forest management but also led to the abolition of long-standing traditions such as hunting and logging for charcoal to maintain the forests and promote tourism.

It came ahead of Kenya setting a target to increase its forest cover to about 10 percent by 2030 from an estimated 7.2 percent, according to the Kenya Forest Service (KFS).

OLD VERSUS THE NEW

Yiaaku leaders say their approach to protecting the forest from illegal loggers and trophy hunters has not only helped defuse conflict with neighbouring communities but eased past tensions with government authorities who want to ensure forests and animals are protected to encourage tourism.

He said the community’s knowledge of the forest meant they knew which trees had medicinal value and need conservation, could foresee dry spells so water points could be conserved and used observation of wildlife – such as bird migration patterns – to warn of drought or dangerous weather events.

He said the Yiaaku, living northeast of Nairobi, also acted as fire fighters during the hot season and monitored the health of seedlings and old trees.

“We don’t have to fight with the authorities anymore as they have acknowledged our system as a powerful tool in protection and conservation of the forest biodiversity,” Simon Napei, a Yiaaku forest scout, told the Thomson Reuters Foundation.

Children are trained and taught by their elders to understand the value of individual trees for the overall health of the forest, he said, and every individual will plant more than 20 trees during each rainy season

“The community has strong cultural beliefs and taboos which are viewed as sacred,” he said.

“These taboos are a set of rules and regulations used to bring sanity within the community and anyone who breaks the rules brings a curse to the family.”

Mugo said the Yiaaku are now custodians of more than 74,000 acres (29,950 hectares) of forest land and their success has also earned them security and autonomy.

He said the government had saved “millions of Kenyan shillings” previously spent on armed personnel to guard forests and reforesting programs, and the government now hopes to replicate this approach in 100 other gazetted forests.

“We are targeting communities that are well organized and have a common purpose of conserving forests,” he said. (Reporting by Shadrack Kavilu, Editing by Paola Totaro and Belinda Goldsmith; Please credit the Thomson Reuters Foundation, the charitable arm of Thomson Reuters, that covers humanitarian news, women’s rights, trafficking, property rights and climate change. Visit news.trust.org)