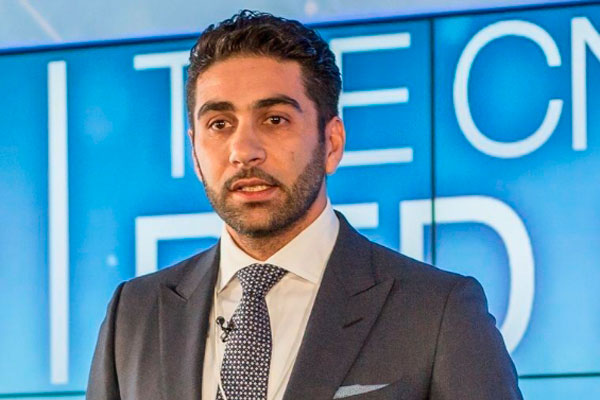 DAVOS (HAN) January 26, 2016 – Public Diplomacy and Regional Stability Initiatives News. A non-profit policy think tank, the Red Sea Foundation, is being set up to develop a trade facilitation framework for the Red Sea region. According to Fahd Al Rasheed, CEO of King Abdullah Economic City, a port on the Red Sea which began operations last year, this development is essential for the sustainable development of the largest emerging market in the world.

Speaking at the World Economic Forum in Davos, Mr. Al Rasheed announced the formation of the Foundation to be to be based in Geneva. It will raise the profile of the region’s potential and advocate necessary policy initiatives to drive development. Mr. Al Rasheed said: “The Red Sea is a critical global shipping route that has played a pivotal role in global trade for millennia, but today little of the wealth that flows though the region actually benefits the countries that border it.”

He described it as the fastest growing developing market in the world today and the least exploited and said “a coordinated initiative to facilitate trade will significantly improve the flow of goods within the Red Sea region and foster growth and prosperity where it is most needed.” According to the United Nations, the population of the 20 countries that use the Red Sea as their primary shipping corridor will increase by 110 percent from 620 million today to 1.3 billion in 2050.

Current projections indicate that this growth will drive a threefold increase in regional GDP from $1.8 trillion today to $6.1 trillion by 2050. Trade will increase by a factor of five from $881 billion to $4.7 trillion. Approximately ten percent of global maritime trade passes through the Red Sea economic basin every year and the expansion to the Suez Canal, which will double its capacity, is expected to lead to much higher volumes.