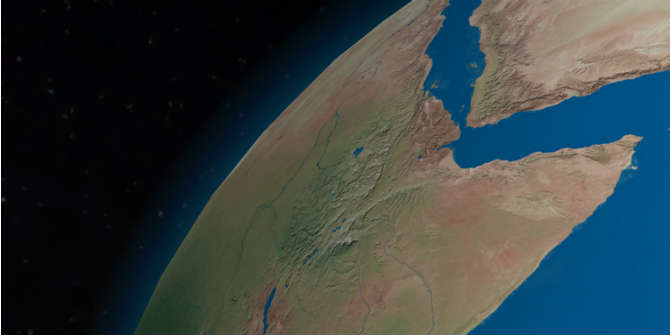 ADDIS ABABA (HAN) May 1. 2021. Public Diplomacy and Regional Stability Initiatives News. Monitoring Regional Issues. BY BETHELHEM BEDLU. Peace and development are the two sides of the same coin. Without peace development is unthinkable and similarly, if there is no development, the issue of peace would be challenged and threatened hugely for a number of reasons. That is why countries are striving to sustain peace within their own territories, their neighbors and beyond.

With this same notion, Ethiopia has trekked a long journey to sustain peace and advanced its socioeconomic development. To this end, it has established various institutions that have crucial role in sustaining peace and security. Among this, Ministry of Peace is the one.

This Ministry though is at its infant stage and challenged by anti-peace elements that want to disrupt the peace and security of the country, it is striving to attain the mission it was bestowed upon it.

As the Ministry stated recently, it is working in collaboration with concerned institutions to ensure peace and security throughout the country. As a result, it has enabled to abort a number of plots that were orchestrated to create havoc and unrest in some parts of the country.

The combined effort of concerned institutions, the Ministry is working to create peaceful environment in the country.

With a view to enhance publics’ awareness with regard to the value of peace, fraternity, democracy as well as to sustain peaceful coexistence, integrated community focused discussion and dialogue has taken place at all levels.

Scholars also took part in the discussion to add inputs and devise possible solutions to the problems emanating from wrong narratives that are causing conflicts among the society.

Making today productive, through corrective actions against falsehood; fabricated tales and hatred politics, is a timely act and unavoidable issue of historians and other patriots.

As to him, the Ministry has been striving arduously to inculcate the spirit of volunteerism and sense of patriotism in the minds of the generation, make them responsible and civic minded citizens who upkeep the effort of the country in sustainable peaceful cultivation in so doing contributing their share to the nation building.

As part of the effort the Ministry is putting to build lasting peace, a number of missions such as gun trafficking activities that had been planned by anti-peace actors to disrupt the peace and security of the country are aborted beforehand; and their agenda of creating uncontrolled turbulence in many parts of the country was reversed, the Chief accentuated.

Changing the attitude of citizens in a manner that suited for peace-building is what the Ministry is capitalizing on. The Ministry has been striving to ensure and empower state-society relation system because this kind of system is as lucrative as a viable weapon to bring about the desired change across the country.

Peace Minister, Muferiat Kamil on her part said that institution building is instrumental to ensure peace among the society, fostering cultural exchange and bolstering nation development and progress.

However, ensuring peace and building independent and workable institutions should not be left only to one or two bodies; rather it requires the concerted efforts of all. Hence, all actors along with the entire society are expected to join hands and strive for laying the cornerstone of institutions and systems so as to rescue undertakings from being twisted by self-styled individuals and advantage garnering groups.

As to the Minister, since the commencement of the reform across the nation, her office has been undertaking various activities with a view to building peaceful environment across the country. True, building resilient institutions that serve citizenry and the nation impartially has to be the priority of Ethiopia as it is a matter of coming up with real democracy and lucrative playing field.

“Institution building is not an overnight process, indeed! It takes time and demands the nation to exercising and well nurturing institutional culture. Hence, the Ministry has capitalized on building independent and industrious institutions as its priority schema,” she added.

“It has identified schemes that enable the nation to build strong institutional capacity and give value for every matter in due process of institutional building.”

As to the Minister, the uniform is not just to exhibit the outer part of workers and to which organization they belong; rather it would indicate the intrinsic intention of the peace family in a bid to promote peace and serve citizens ethically.

The Minister also called on the employees to show their commitment for the effort geared towards institution building process via serving citizens responsibly and accountably.