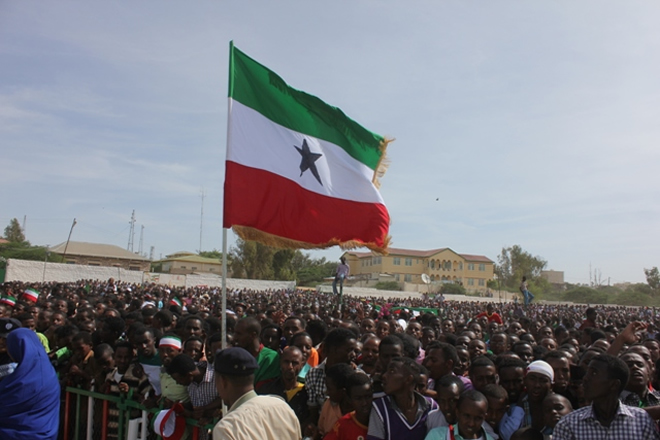 HARGEISA (HAN) April 28, 2016. Public Diplomacy & Regional Security News. BY: MOHAMMED DAHIR AHMED. SUSCEPTIBILITY OF SOMALILAND OPPOSITION POLITICAL PARTIES TO RELIGIOUS RADICAL GROUPS EXPLOITATION.Multiparty democracy has its pros and cons in Muslim communities where radical groups aspire to thwart and hijack the democratic process to their advantage. Somaliland political parties are in dire need of financial support especially when they are in opposition which makes them an easy prey for anyone who has got surplus cash, regardless where that cash originated from. So far political party funding rules and regulations does not exist and the parties do not have a donating member’s base which forces political parties to seek funding from any source.

In Somaliland they have started with the first parliamentary election back in 2005, which they have posted their parliamentary candidates and won considerable number of seats, including the first deputy speaker at the time, whom later became the minister of finance and main financier of their political endeavor in Somaliland and beyond.

The radicals have joined Kulmiye when Kulmiye was in opposition and badly needed their support. After Kulmiye won the election they became the most powerful ministries in the cabinet and turned the country upside down. They managed things with their unschooled and naïve mentality ignoring all the rules of the land. They have attempted to take over the chairman and the presidential candidate posts of the ruling Kulmiye party.Neverthless, the Somaliland populace and the party apparatus led by Honorable Ahmed Mohammed Mohammud Siillanyo saved the party from the Islamists radicals. The party elected Honorable Muse Bihi Abdi as its chairman and presidential candidate for the upcoming 2017 elections. The Islamists resigned from the government with the order and advice from Qatari and Saudi based Islamists organizations such as Muslim brotherhood and Alislaha al islamiya.

While the islamists were in the Kulmiye government they looted public properties, taxpayers money and installed their unschooled crooks in every department of the government from the customs, immigration, security,state enterprises, civil society organizations,electrol commission, political party registration committee and local authorities. They have created Islamists traditional leaders who have allegiance with their religious organizations and not the clan they purport to represent. They have belittled knowledge ,meritocracy and preferred their unschooled foot soldiers in the expense of highly educated Somalilanders .Any graduates they  have placed if any, were from islamists funded universities in the Midde east,and Asian countries.

To exploite other vulnerable political parties the same way they have tried to hijack Kulmiye party, first they have approached UCID party  but the chairman refused to accept their blind ambition of getting Ucid 2017 presidential candidate.

Now, the Islamists are in their final negotiations with WADANI opposition party bargaining with money they looted from the state coffers which they publically state that it is in the tens of millions of looted Somaliland taxpayer’s money. Soon Wadani party  is expected to be dominated by radical islamists groups whom are connected with international islamists organizations such as Muslim brotherhood,Alislaha, and Damuljadiid.Finally ,in the near future, you will see Wadani party,which is an offshoot of international islamists radical organizations.