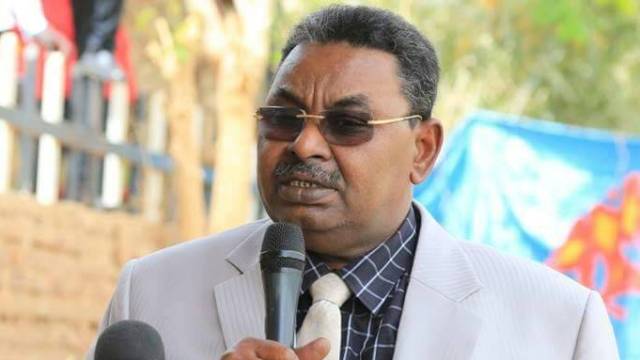 The government said 31 people have died in the protests, while other credible reports including from Human Rights Watch says at least 51 people have been killed.

On Saturday Gosh briefed the NISS officers in Khartoum on the situation in the country saying the only way to achieve change in Sudan is through the ballot box.

He pointed out that they wouldn’t allow the country to slide into chaos, stressing all regular forces are backing the “legitimacy” (i.e. President al-Bashir).

Gosh also said Sudan is for all Sudanese, underscoring that favouritism wouldn’t be tolerated during the coming period.

The chief-spy renewed his call for “thinking outside of the box” in order to address the real issues and objective demands of the youths and the new generation.

Gosh’s statements come after Western reports about a U.S plan to speed up al-Bashir’s departure because he has been weakened by the nearly two-month protests and to replace him by the current head of the spy agency.

Last month, the Sudan Armed Forces (SAF) announced its full support to al-Bashir saying it wouldn’t hand over the country to the “homeless”.

At the time, SAF’s Chief of General Staff Kamal Abdel-Marouf echoed Gosh’s words saying they wouldn’t allow the country to collapse or slip into the unknown.

He accused those leading the protests of being hostile to Sudan, saying they had always sought to distort the country’s world image.