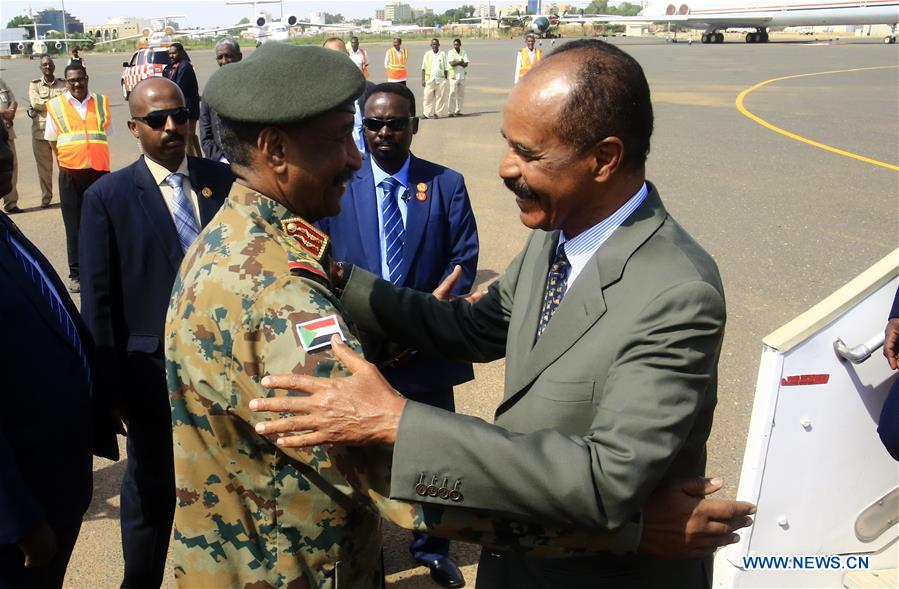 ASMARA (HAN) September 7. 2020. Monitoring Regional Issues. Sudan’s Sovereign Council President, Gen. Abdul Fattah al-Burhan, was in Eritrea on Monday for a one day working visit. He arrived in Asmara in the mid-morning hours, according to Eritrea’s Minister for information , Yemane Gebremeskel.

The purpose of the visit is said to be to bolster the relations between the two countries.

Eritrea’s Minister for information tweeted that the two leaders met and discussed issues in the areas of trade, security and military affairs.

“In the meeting between the two leaders, #Eritrea & Sudan have agreed on concrete measures that will be taken to implement comprehensive bilateral agreements reached in the economic, trade, security & military sectors as well as mechanisms and timelines for their commencement,” Yemane Gebremeskel tweeted.