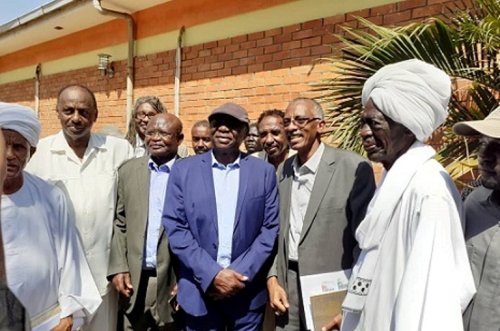 October 4, 2020 (JUBA) – The Forces for Freedom and Change (FFC) and the SPLM-N al-Hilu on Sunday agreed to form a committee to develop a common understanding about the relation between the state and religion to allow the resumption of peace talks.

A member of the FFC Central Committee, Ibrahim al-Sheikh, said that Al-Hilu blamed the ruling alliance for their delay to respond to his proposal on the relationship of religion and the state presented during a joint meeting in February 2020.

Al-Sheikh said that FFC understands al-Hilu’s fears over the use of religion to discriminate between citizens and agreed to take practical steps to bring about change that would achieve peace.

The two sides agreed, according to the FFC leading member, to form a joint mechanism including two members from each side to remove obstacles that prevent al-Hilu from joining the peace process.

“The 4-member body would be expanded in the future to include other parties,” he added.

In line with the agreement reached in Addis Ababa on 3 September, the civilian and military components of the transitional authority will hold informal talks with the SPLM-N al-Hilu to reach an understanding about the separation between the state and religion as such.

Once a compromise is reached, the peace negotiations will resume in Juba.

The joint agreement provided that the negotiated deal should be endorsed by the ruling components of the transitional government.

The SPLM-N al-Hilu initially demanded a secular state without giving a clear idea about the neutrality of the state in matters of religion in a majority Muslim country.

Several issues related to personal status and succession are strictly defined in the Coran and Islamic law.

While the Islamist groups say opposed to any agreement on this regard, traditional parties like National Umma Party of Sadiq al-Mahdi say they can accept a “civilians state” where the state is neutral in politics and freedoms.

Al-Sheikh said they pledged to do what can pave the way to achieve a comprehensive peace in Sudan.

He said that the FFC leadership will form a team to accomplish these tasks before to return next week to Juba to meet al-Hilu.

“It can be overcome and it is not a problem,” he told Sudan TribuneThe political leader expressed hope that the SLM led by Abdel Wahid al-Nur join the peace process adding they plan to reach the exiled rebel leader this month.