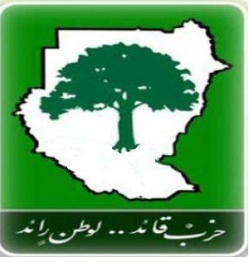 November 25, 2019 (KHARTOUM) – Sudan’s ruling coalition of the Forces for Freedom and Change (FFC) said on Monday that the dissolution of al-Bashir’s National Congress Party (NCP) will be done soon through a law called “dismantling al-Ingaz regime”.

FFC official Mohamed Hassan Arabi told Sudan Tribune on Monday that a draft law on the dissolution of the NCP would be endorsed in the first meeting between the Sovereign Council and the Council of Ministers.

Arabi did not specify a date for the joint meeting, but said it would “be held soon.”

The constitutional document governing the transitional period gave legislative authority to joint meetings between the Sovereign Council and the Council of Ministers until the Transitional Legislative Council is formed.

The document provided the formation of the transitional parliament, within three months since the formation of the government, but objections by the rebel umbrella Sudanese Revolutionary Front prevented them from forming it before reaching a comprehensive peace agreement.

The ban of the former ruling party is one of the demands requested by that Sudanese youth and the popular committees which blame the transitional authority for allowing the Islamist party to continue its activities until now.

Arabi further pointed out that the Minister of Justice prepared a draft law of the Commission on Corruption before to add that the crimes of corruption that occurred during the era of the former regime will be dealt with under the law of dismantling the rescue system.

He acknowledged that there was a slowdown in the arrest of the corrupt former officials because of the need to retrieve evidence before to arrest them.

“However we are satisfied with the progress achieved. In the end, a corrupt will not go unpunished.”

Death Penalty
In a separate development, he disclosed their intention to abolish the death penalty and flogging in the courts, except for the Hudud crimes and retribution.

He added that this reform will be included in the Miscellaneous Amendments Act, whose draft was prepared by the ruling coalition.

The term Hudud refers to the punishments that under Islamic law are mandated and fixed by God or Allah.

He said that the Miscellaneous Amendments Act provides for limited amendments to several laws to abolish crimes of flogging and executions, in addition to removing the conflict between domestic laws and international conventions on human rights, as well as granting to the arrested or accused person wide rights during investigations and proceedings.

Also, he underscored the existence of laws that hinder the restructuring of state institutions but pointed out that il can be overcome through some amendments to be included in the expected.