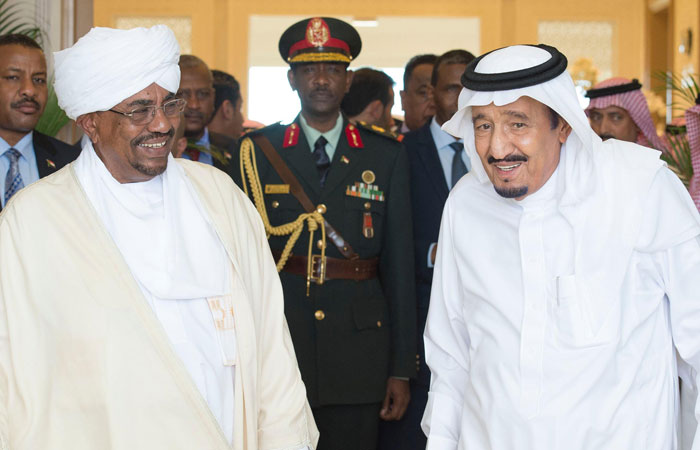 The Saudi monarch is spending his annual vacation in the Moroccan port city of Tangier, where he arrived on Thursday.

Al-Bashir flew to Tangier from the Mauritanian capital, Nouakchott after he attended the 27th Arab League summit.

According to the Saudi Press Agency SPA, King Salman received al-Bashir at his place of residence where the two leaders discussed the “fraternal relations between the two brotherly countries and a number of issues of mutual interest”.

It added that al-Bashir was also treated to a luncheon attended by senior officials from both nations.

Sudanese-Saudi relations have witnessed a thaw in recent months after years of tensions over Khartoum’s close ties with Tehran that saw Iranian warships dock several times in Port Sudan. (ST)