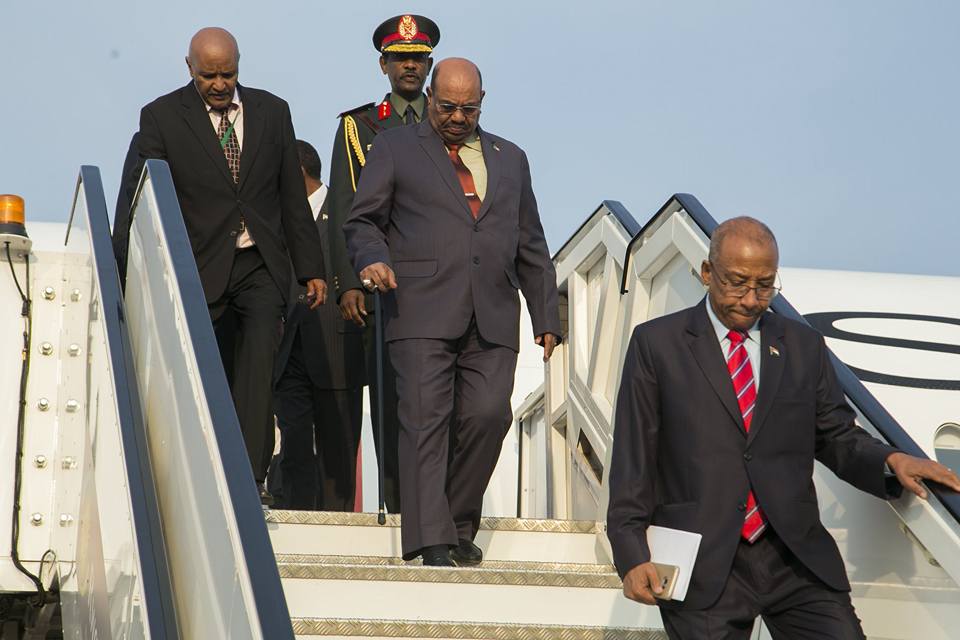 Sudanese President Omer al-Bashir has arrived in the Rwandan capital, Kigali on Saturday to attend the 27th African Union Summit.

The International Criminal Court (ICC) issued two arrest warrants against al-Bashir in 2009 and 2010 for alleged war crimes, crimes against humanity and genocide committed in Darfur.

Al-Bashir is the first sitting head of state charged by the Hague based court since its inception in 2002.

Last week, Rwandan President Paul Kagame announced that his country will not arrest Al- Bashir during his visit to Kigali to participate in the AU summit.

“President Al Bashir is welcome in Kigali at any time. He will be free in his second home country. We will not respond to the ICC calls to arrest him. We will not take any action of such type against him,” he said.

Also on Thursday, Rwanda’s Foreign Minister, Louise Mushikiwabo, said “Bashir will be granted his safety and security as a head of state, ICC issues will be addressed by those who are concerned and I don’t think they expect him to be arrested in Rwanda”.

Rwanda is not a state party to the tribunal of war crimes but has the obligation as a member of the United Nations to cooperate with the court. However like many other African capitals, Kigali is critical to ICC and to its focus on Africa.

Last year al-Bashir attended the 26 th AU summit in Johannesburg. His recent trip to South Africa drew international attention after he flew out of the country defying a High court order which order the government to ban his departure until an application calling for his arrest had been heard.

Several African governments and the AU have voiced concerns over the ICC’s fairness, and accused it of targeting African leaders.

They further to say that war crimes court has violated its founding treaty the Rome Statute, when it prosecutes cases investigate by the national jurisdiction.

Since the issuance of the two arrest warrants, Bashir limited his trips abroad to ICC non-party states but he also traveled to five signatory states including the Democratic Republic of Congo (DRC), Nigeria, Malawi, Djibouti and South Africa.

In May this year, Al-Bashir visited Uganda and Djibouti, which are ICC state members of Rome Statute.

Last week, the ICC said it had referred Djibouti and Uganda to the United Nation Security Council for failing to arrest al-Bashir while he was on their territory.