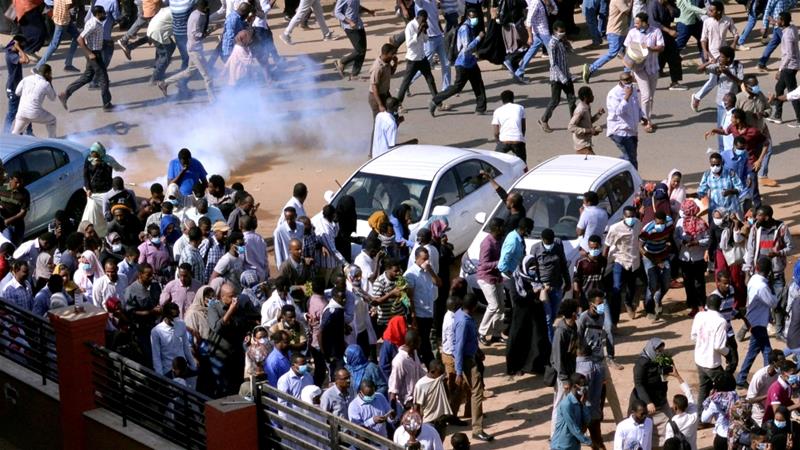 February 13, 2019 (KHARTOUM) – Sudan’s opposition forces signatories of the Declaration of Freedom and Change have vowed to continue pressures aiming at toppling the regime of President Omer al-Bashir.

Last month, the Sudanese Professional Association and the opposition groups including the National Consensus Alliance, Sudan Call and the Unionist Gathering launched the Declaration of Freedom and Change which calls on al-Bashir to step down and the removal of his regime.

Speaking at a press conference on Wednesday, representatives of the opposition read a written statement calling on al-Bashir to step down immediately to end the bloodshed of the Sudanese, demanding the regular forces to take the side of masses and stop backing a regime that has lost its legitimacy.

The statement pointed out that the unity of the Sudanese people is the most effective weapon to remove the regime, saying the declaration contains general principles that form the bases for removing the regime and establishing the democratic system.

It further welcomed all national efforts and initiatives seeking to topple the regime and lay the foundation for establishing a true and comprehensive democratic transformation.

For his part, the representative of the Sudanese Professional Association Mohamed Youssef al-Mustafa called for the need to deepen the principles of the revolution to achieve freedom and change.

He also stressed the importance of accountability, saying no party has the right to offer amnesty to anyone on behalf of the victims of the regime.

On the other hand, the representative of the National Consensus Forces Mohamed Mukhtar al-Khatib said the main goal of the ongoing protests is to overthrow the regime.

He stressed the forces of freedom and change would continue the struggle until achieving that goal, saying they seek to mobilize the masses towards the general political strike and civil disobedience.

The representative of the Sudan Call Sara Nugd Allah, for her part, said they seek to topple the regime and establish a democratic system that accommodates all Sudanese.

She stressed the revolution wouldn’t back down until liberating the country, saying they are ready to offer every sacrifice to ensure the success of the revolution.

In the same context, the representative of the Unionist Gathering Merghani Ibn Ouf said the country isn’t suffering an economic crisis but rather a tyrannical regime.

He stressed the need to pass over the revolution to the new generations, saying the regime would inevitably fall.

Ibn Ouf added they would work alongside the world powers supporting peace and freedom, saying the relationship between religion and the state would be resolved by adopting citizenship as bases for rights and duties.

The Sudanese government has confirmed the deaths of 31 people in the course of the protests but other credible reports including from Human Rights Watch say more than 51 persons have been killed.

Also, the Sudanese government said about 800 protesters have been arrested during the demonstration, however, opposition sources put the number at 1000 pointing out that they have been detained at various parts of the country.