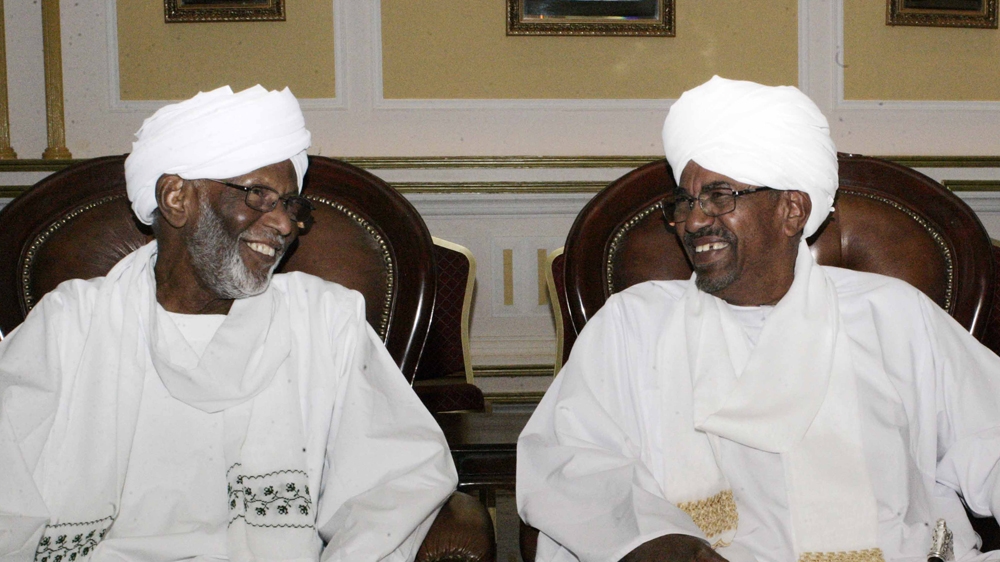 Turabi was reportedly working in his office when he fell down and was taken to the hospital.

State-run Omdurman TV says the head of the PCP passed away on Saturday at the Royal Care International Hospital in the Sudanese capital.

The cause of death was not immediately known but PCP members said it was caused by a stroke.

He added that Sudanese President Omar al-Bashir visited the hospital twice on Saturday and a PCP member confirmed that he will be present at the funeral.

A fierce intellectual, Turabi studied law in the UK before gaining a doctorate from Sorbonne University in Paris. He later became dean of the Faculty of Law at Khartoum University in 1964.

As leader of the Sudanese Islamic movement, he won a seat in the parliament.

Turabi played a key role in the 1989 coup that brought President Omar al-Bashir to power and began pulling even more political strings.

He was portrayed by many as the godfather of the new regime.

However, Turabi and Bashir had a falling-out 10 years later which landed the former in jail once again.

Turabi became one of his fiercest critics, forming the PCP.

He was the only Sudanese politician to support a warrant issued for Bashir’s arrest by the International Criminal Court (ICC) on charges of war crimes, crimes against humanity and genocide over the regime’s conduct of the conflict in Darfur.

He was detained several times over his political career, including in January 2009, just two days after he urged Bashir to surrender to the ICC.

In January 2014, Turabi and Bashir agreed to enter into a national dialogue which concluded last month.