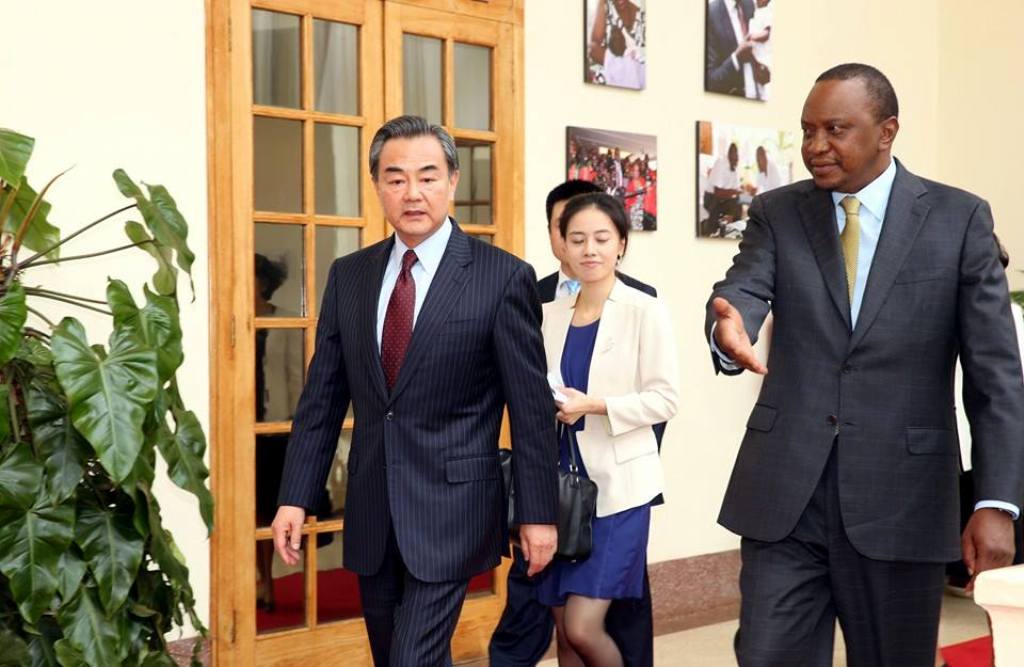 The Foreign Affairs Minister of The People’s Republic of China, Wang Yi,  has arrived at State House, Nairobi. Kenya’s engagement with China is set to expand with a new focus centered on Industrial development, technology transfer, Agricultural modernization and infrastructure development.  Kenya has made tremendous progress over the last decade and this achievement was built on the understanding that Kenya can develop a solutions. Uhuru called on China to continue its close engagement with Kenya and support kenyan efforts to open the East African region, including finding a solution to the South Sudan tribal conflict.

China may be Africa’s biggest trade partner, but it has generally taken an arms length approach to the continent’s conflicts and domestic difficulties, such as South Sudan.

China has invested billions of dollars in South Sudan, particularly in its oil production.  However, Yi rejects accusations that China has its own agenda. Speaking during talks across the border in Sudan’s capital Khartoum, he said: “China’s mediation of South Sudan issues is completely the responsibility and duty of a responsible power, and not because of China’s own interests.”

Oil-producing regions have endured some of the worst violence, with output drastically reduced.

So can China help bring peace to South Sudan? Can it work with both sides? And are there underlying motives for China’s involvement?
The duty of a responsible world power or protecting its own self-interests?