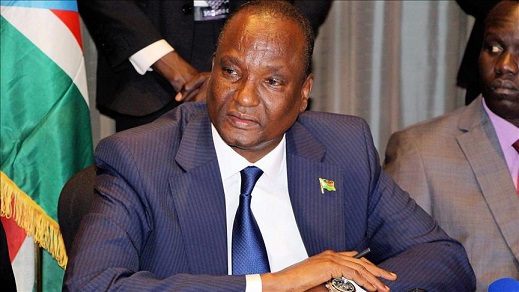 The Sudanese government has asked neighbouring South Sudan to expedite its pledges to expel armed groups from the capital, Juba.

Xinhua news agency reports the Sudanese government spokesperson Ahmed Bilal Osman to say that his country is waiting for South Sudan to fulfil the promise made by vice president Taban Deng to force armed movements out of the capital Juba within 24 days.

Osman said he hoped that this promise would be actualized in the time set by the South Sudan government.

Juba was rocked by a five-day gun fight between forces loyal to President Salva Kiir and those loyal to Riek Machar.

Machar fled Juba with his troops in the aftermath, and is now in Sudan’s capital Khartoum for medical treatment.