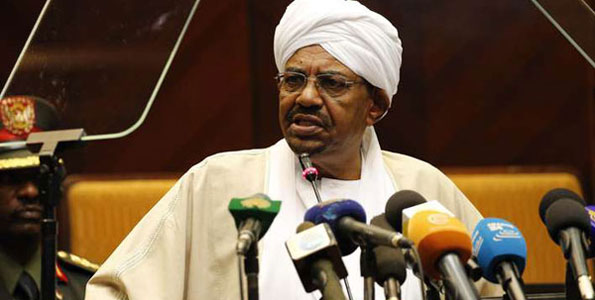 KHARTOUM (HAN) December 3, 2015 – Public Diplomacy and Regional Stability Initiatives News. A United Nations expert has called for an easing of the unilateral sanctions that the United States imposed on Sudan 18 years ago.

The UN Special Rapporteur on Human Rights and International Sanctions Idriss Jazairy said the sanctions are hurting innocent people instead of the officials and that they need to be revised given that Sudan no-longer offers support to terror groups.

Mr Jazairy commented after returning on November 30 from an eight-day visit to Sudan made at the invitation of the country’s goverment. “Sanctions do not affect officials and elites, their full impact is on innocent populations,” he said.

Mr Jazairy commented after returning on November 30 from an eight-day visit to Sudan made at the invitation of the country’s government. “Sanctions do not affect officials and elites, their full impact is on innocent populations,” he said.

He noted that “Sudan has been under unilateral coercive measures for two decades without any adaptation to the sustained evolution of the internal context.” Sanctions should be limited in scope and time and be aimed at achieving specific purposes, Mr Jazairy suggested. He urged a broadening of exemptions from the punitive measures put in place by President Bill Clinton in 1997.

Mr Jazairy’s assessment came a few weeks after the Obama administration announced that it was renewing sanctions on Sudan for another year. His comments also preceded the December 2 release of a report by a Washington advocacy group accusing the Khartoum government of “massive theft of Sudanese national wealth.”

The 28-page study by Eric Reeves, a senior fellow at the Enough Project, describes President Omar al-Bashir’s government as a “brutal kleptocracy” that wages costly civil wars in a nation with some of the world’s highest rates of malnutrition.

The report issued by a group that focuses on atrocities in East and Central Africa does not say whether US sanctions should be sustained, but its findings imply strong opposition to any easing of pressure on Khartoum. A different Washington NGO, which advocates reduced US intervention abroad, argued earlier this year that sanctions against Sudan should be scrapped altogether.

“Nothing obvious has been achieved in Sudan, where the U.S. stands alone,” wrote Doug Bandow, a senior fellow at the Cato Institute. “It is time for Washington to drop its embargo.” Mr Bandow pointed out that the US sanctions have remained in place even though the State Department now acknowledges Sudan’s cooperation in efforts to limit the reach in Africa of groups linked to al Qaeda.

Mr Clinton had designated Sudan as a state sponsor of terrorism in 1993. And in 1998, he ordered a US missile strike on a facility in Khartoum in what the US described as retaliation for the bombings of its embassies in Nairobi and Dar es Salaam. In its latest report on global terrorism, the State Department says that “Sudan remained a generally cooperative partner of the United States on counter-terrorism.”

“Elements of al Qaeda-inspired terrorist groups remained in Sudan,” the report added, but noted that Khartoum “has taken steps to limit the activities of these elements and has worked to disrupt foreign fighters’ use of Sudan as a logistics base and transit point for terrorists going to Syria and Iraq.” Source: theeastafrican