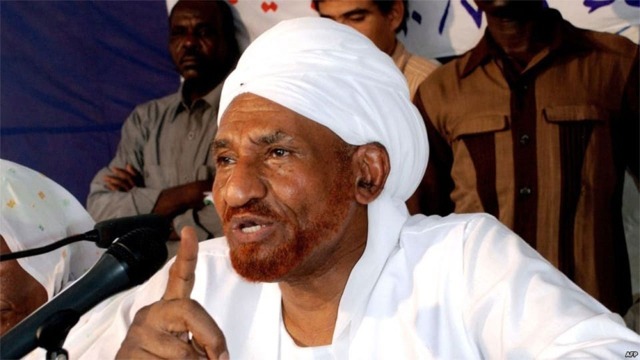 October 22, 2020 (KHARTOUM) -The leader of the National Umma Party (NUP) Sadiq al-Mahdi Thursday rejected any normalization of relations with Israel and threatened to withdraw his support to the transitional government.

Al-Mahdi’s statement came after reports that a Sudanese, American and Israeli meeting in Khartoum on Wednesday had finalized the details of a deal to normalize the relations between the two countries.

The agreement would be announced soon in the context of removing Sudan from the list of countries supporting terrorism.

He also said that the transitional governing institutions have no mandate to make any decision on contentious issues such as establishing relations with Israel.

Furthermore, al-Mahdi called on the Bar Association to file lawsuits against the process and question those who violate Israel boycott act of 1958.

The NUM has a troubled relationship with the transitional government in Sudan and the Forces for Freedom and Change (FFC).

Last April, it had frozen its activities in the FFC. In July, it rejected the appointment of the state governors.

On 31 July, Sadiq al-Mahdi the leader of the National Umma Party (NUP) called to form an alliance between the “Forces of the National Agenda” to protect Sudan from the Islamists and secular groups and called on the army to support it. 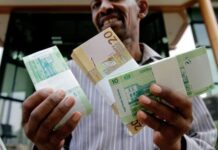 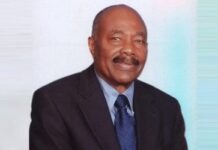 Ethiopia: Army Says It Is in Control of Tigray Capital

‘Why now?’ Dismay as US considers troop pullout from Somalia

Ethiopia: Can the Tigray Conflict ever morph itself into regional crisis...