Home Daily Security Briefing Sudan: Things were Normal and There was no Risk to Al-Bashir 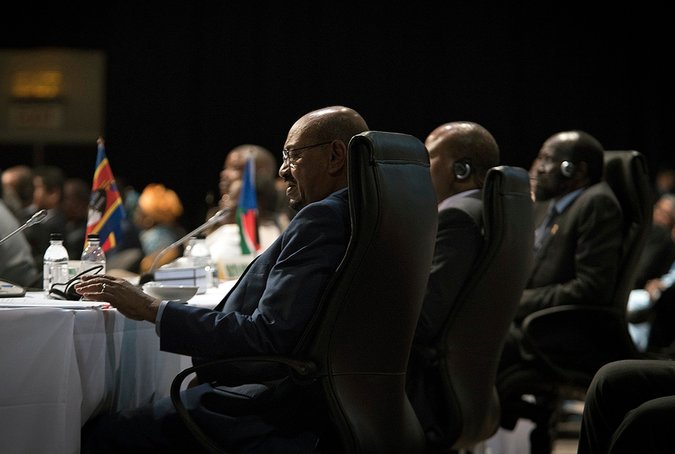 Khartoum (HAN) June 15, 2015 – Public Diplomacy and Regional Safety and Security News – The South African court issued the temporary ban after the International Criminal Court called for the arrest of Al-Bashir, who is wanted over alleged war crimes, crimes against humanity and genocide in the Darfur conflict.

“It is difficult to give details of President Al-Bashir’s timetable, but he returned after the main AU session was over. I will not go into the details,” said Sudan’s State Minister for Foreign Affairs Kamal Ismail.

“Until now, things are normal and there is no risk to his excellency the president,” Ismail said at a news conference.

Al-Bashir, who in March 2009 became the first sitting head of state to be indicted by the ICC, travelled to Johannesburg for the summit on Saturday at the head of Sudan’s delegation in defiance of his indictments.

But the Southern African Litigation Centre, a legal rights group, launched an urgent court application to force the authorities to arrest Bashir, without leggal right of South African diplomatic initiatives as well as AU security procedures.

-President Eisenhower, who in discussing American national security, said, “Each proposal must be weighed in the light of a broader consideration: the need to maintain balance in and among national programs.”
But Sudan’s State Minister for Foreign Affairs Kamal Ismail, dismissed the ICC indictments and court order in South Africa.

Al-Bashir had traveled after receiving an invitation from the AU and Sudan had contacted South Africa “at the level of the South African embassy in Khartoum and our embassy in South Africa” prior to the visit, Ismail said.

The ICC does not have its own police force, but relies on signatories to its foundation document, the Rome Statute, to arrest indictees.

“It is an internal issue and South Africa should deal with it in its own way, whether it respects its judiciary or not,” Ismail said.

The ICC issued arrest warrants for Al-Bashir in March 2009 and July 2010 and he now faces 10 counts of war crimes, crimes against humanity and genocide in the decade-old Darfur conflict.

ICC signatories have a duty to arrest Bashir, but failed again in the courts of African state.

The Sudanese president has since played cat-and-mouse with ICC investigators and supporters, frequently travelling to countries which are not signatories to the court’s statuses, unlike South Africa.