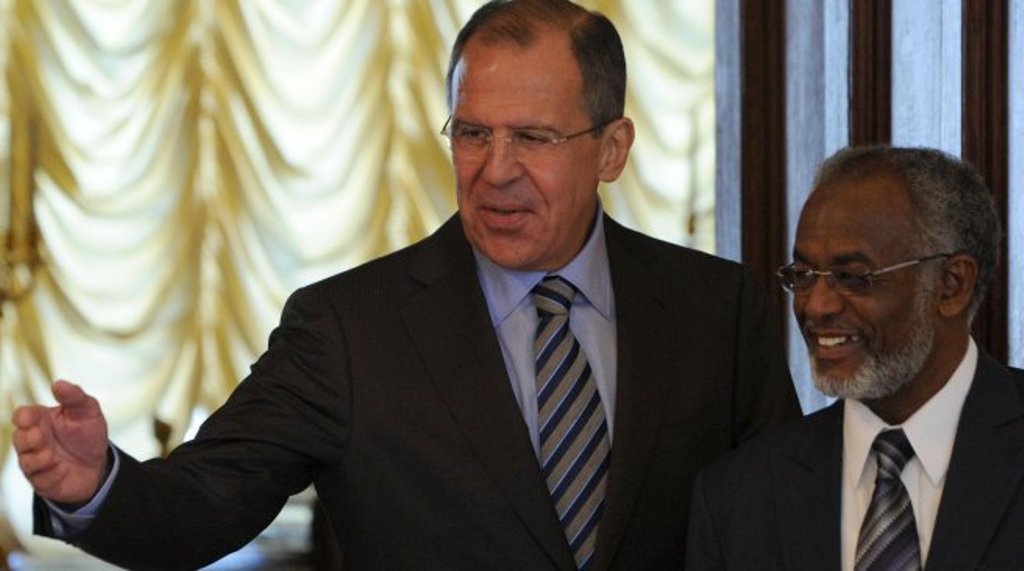 The Russian foreign minister’s visit in  Sudan is  the first time after the separation of the country’s southern regions in 2011. The Russian Foreign Ministry said the visit would be held at the crucial moment for the Republic of Sudan: it “aims to confirm our determination to assist the inter-Sudanese settlement process completion based on the known international legal framework and settlement of the task of stable normalisation in Darfur based on the Peace Treaty signed in Doha in May 2011.”

At the negotiations that will be held in Khartoum on December 3 the sides will discuss important regional and international problems with emphasis on the developments in the Middle East region and in North Africa and will also discuss issues of further boosting bilateral interaction in the political, trade-economic and other spheres.

The ministry said Sudan is Russia’s long-standing partner in the Arab world and on the African continent.

“Our countries are tied by the traditional relations of friendship and mutual respect, long-term co-operation in various spheres based on respect for each other’s interests. We are interested in a stable, progressively developing Sudan, its active positive role in international and regional affairs,” the ministry said. “The Intergovernmental Russian-Sudanese Commission on trade-economic co-operation works since December 2013. At present the sides are conducting active joint work for the preparation of its second meeting that is planned for December 10 -12 in Moscow.”

During the Sudan visit Lavrov will also attend the second session of the Russian-Arab Co-operation Forum at the ministerial level. “Moscow attaches major importance to the strengthening of the collective interaction mechanisms with the League of Arab States (LAS) as an influential pan-Arab organisation,” the ministry said. “The forthcoming meeting provides an additional opportunity ‘to compare notes’ on most pressing international and regional problems, co-ordinate steps for the advancement of the complex of Russian-Arab co-operation in the multilateral format.”

The forum will discuss enhancement of the role of LAS and other regional organisations in the process of collective search for answers to common challenges of today and in the settlement of regional conflicts.

“Russia and Arab countries have close approaches to most issues of the global agenda, including arms control, countering new challenges and threats, including the terrorism threat, human rights,” the Foreign Ministry said. “We share the view that internal problems of sovereign states should be settled by peaceful means within the constitutional framework, though the nationwide dialogue, with taking into account the customs and traditions of each nation and without outside interference.”.