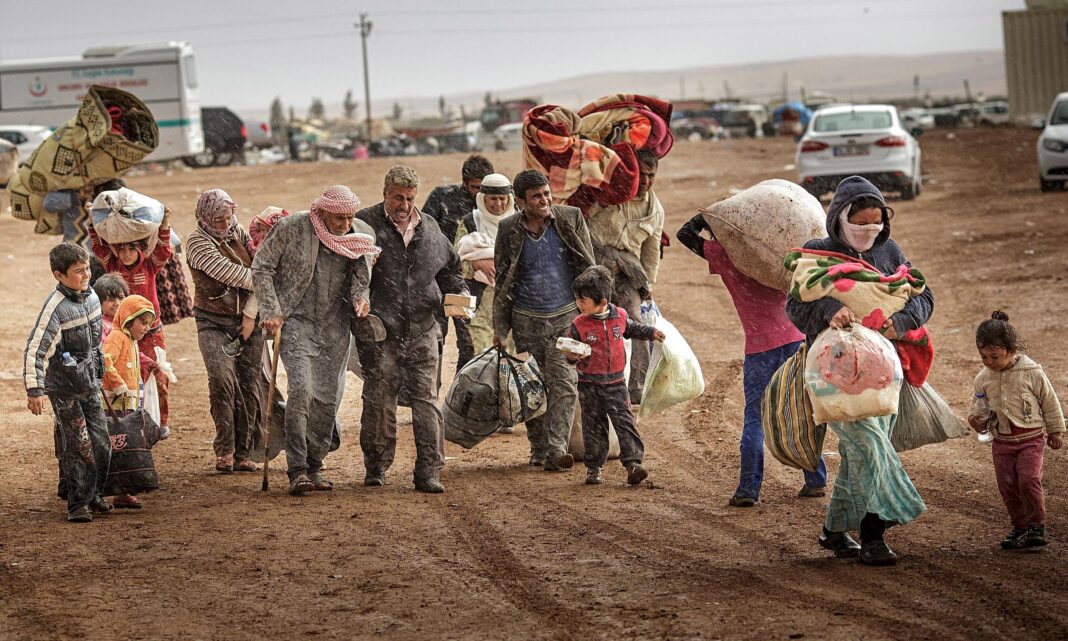 KHARTOUM (HAN) January 27, 2016 – Public Diplomacy and Regional Stability Initiatives News. Frantically serving up Syrian-style sandwiches and platters of chicken and meat, Shawermat Anas opens onto a busy street in Khartoum. Those from Damascus might recognise the name from the original restaurant back in the Syrian capital, 2,000 km away.

“All the young men that work with me have fled the war. I employ around 40 Syrians between two branches and house them all,” said the owner, Anas Khalid, himself from Syria.

Syrians fleeing the five-year-old civil war mostly head to neighbouring countries like Turkey, Lebanon or Jordan or make the dangerous journey to Europe by sea or on foot.

But as some European countries close their doors and neighbours struggle to cope, an increasing number of Syrians are finding welcome refuge in an unlikely destination – Sudan.

Battling with an economic crisis and rebellions in its own far-flung hinterlands, the African country has nevertheless opened its doors, offering Syrians safety and citizen status, with its allure of access to public healthcare and schools.

A survey conducted by the Syrian Support Committee in July 2015 found more than 100,000 Syrians living in the country as a direct result of the war, a number that has since grown.

Khalid arrived in Khartoum in 2007, long before the Syrian war, but opened his restaurant in 2014 to help provide jobs for an influx of Syrians fleeing the conflict that has so far claimed 250,000 lives and forced millions from their homes.

“Before the Syrians began migrating here in masses I worked at a Syrian restaurant and a factory. I started up the restaurant as a way of helping the young men coming in who I knew would struggle to find work and pay rent,” said Khalid.

“He’s my relative and he’s my relative,’ he said, pointing towards men carving a rotating slab of chicken and exchanging money with customers. “I know most of them from back home and knew they were coming. Any man over the age of 18 has no choice but to leave or join the military and face certain death.”

A shared language and the promise of help from old friends and relatives already in Sudan has encouraged more Syrians to make a life there. The streets of Khartoum are now lined with Syrian restaurants.

Every week, two flights arrive from Damascus. Syrian families effortlessly pass through passport control with no need for visas, in stark contrast to the strict border controls they face around the world.

“We began pushing to accommodate Syrian refugees just over a year ago,” says Ahmed Gizouli, Commissioner of Refugees for Sudan. “Initially, there was a small number but this eventually increased, following the orders of the president to allow Syrian refugees entry without a visa.”

Sudan has distanced itself over the past year from its longtime ally Iran, a backer of Syrian President Bashar al-Assad. Instead, it has developed warmer political ties with Saudi Arabia, which has supported rebels fighting to remove Assad from power and offered Khartoum much-needed economic aid.

While Syrians are thankful to escape dangers and psychological stress of the war back home, they face economic challenges in Khartoum.

Housing shortages and foreign demand have driven up the price of land and rent, leaving newcomers with little time to get on their feet.

Abdelkareem Abuzamar, a 28-year-old working in Khalid’s kitchen, arrived in Sudan from Turkey in the summer of 2015 after struggling to find work in the saturated job market there.

“I got in touch with a Sudanese family on Facebook and told them about my plans to move to Sudan. They met me at the airport and welcomed me into their home,“ said Abuzamar.

“I stayed with them for a month before getting in touch with Anas, my neighbour back home in Syria, and started work with him.”

“I’m engaged to a Syrian girl I met here but my wages won’t cover the cost of rent. It’s stressful because the cost of living is going up and the wages are staying the same,“ he said.

“After losing cousins and friends to the war back home, all I want is to settle down.”

Despite the hardships, those who have made a new life in Sudan have been effusive in their gratitude.

In July, an initiative called Shukran Sudan, Arabic for “thank you Sudan”, was launched by a group of Syrians who handed out sweets and water to passing cars.

“If Sudan closes it’s doors, Syrians have two options: Turkey or the sea,” said Mazin Abu El-Kheir, founder of the Syrian Support Committee and a dual Syrian-Sudanese citizen from before the war. “And everyone has seen the tragedies that happen at sea.”