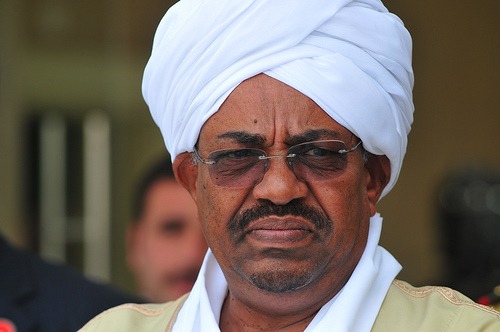 Nairobi  (HAN) October 10, 2015 –Public Diplomacy and Regional Security News. The government has asked the International Criminal Court (ICC) for more time to explain why it allowed Sudanese President Omar al-Bashir to evade an arrest warrant and leave the country when he visited in June.

Bashir is accused of masterminding genocide, crimes against humanity and war crimes during Sudan’s Darfur conflict and is wanted by the Hague-based tribunal, which issued a warrant for his arrest in 2009.

As an ICC signatory, South Africa is obliged to implement warrants from the court. But when Bashir visited for an African Union summit, the government refused to arrest him, and even allowed him to leave the country in violation of a domestic court order.
In a subsequent ruling, the High Court made clear that Pretoria was under legal obligation to exercise the warrant. ICC judges last month asked South Africa for an explanation.

However, the government, which has argued that Bashir enjoyed diplomatic immunity during his visit, said on Monday it needed more time to assess the legality of its position because it felt the ICC had not adhered to the “principles of justice”.

“The request was made with a view to assess whether South Africa was in breach of its obligations to cooperate with the Court,” the foreign ministry said in a statement.

South Africa said it would approach the political body of the ICC for clarity on how the immunity of serving heads of state that are not parties to the ICC’s Rome Statute – such as Sudan – should be handled.

The failure to detain Bashir was a blow to the ICC, which has come under criticism from African states for what they see as its disproportionate focus on the continent in bringing its prosecutions.