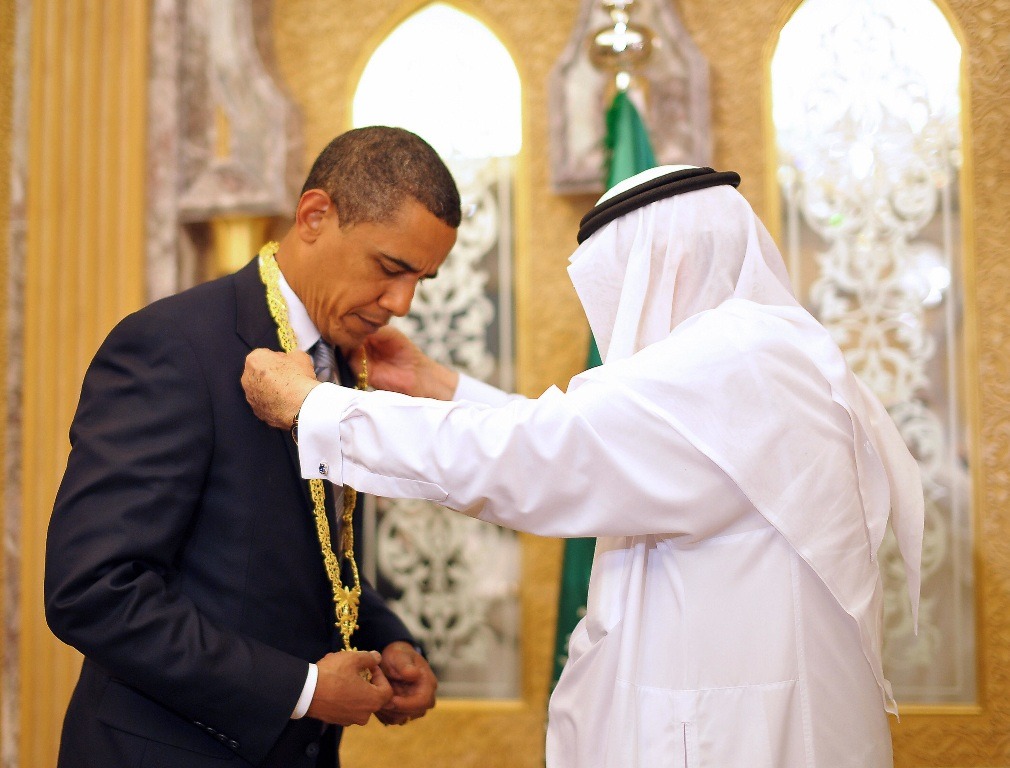 “Abdullah was born before Saudi Arabia was even a country,”

But in his lifetime, he saw the country rise to prominence — thanks to the discovery in 1938 of massive oil reserves.

Abdullah’s death comes as Saudi Arabia faces two difficult tasks: insulating itself from the civil unrest and terrorist violence that have beset other countries in the region; and maintaining its primacy in the world’s oil market.

Background: Saudi Arabia’s King Abdullah has died. The health of Abdullah bin Abdulaziz al-Saud had previously been the subject of rumors; word emerged earlier this month that he was indeed ill with a lung infection.

Abdullah was 90 years old. He ruled Saudi Arabia for nearly 10 years, having assumed the throne after his brother King Fahd died in 2005.

The kingdom’s new ruler is King Salman, Abdullah’s half-brother, according to state TV. Salman is reportedly 79.

The news has just emerged. We’ll update this post as we learn new details.

“Abdullah was born before Saudi Arabia was even a country,” NPR’s Kelly McEvers reports for our Parallels blog.

But in his lifetime, he saw the country rise to prominence — thanks to the discovery in 1938 of massive oil reserves.

Abdullah’s death comes as Saudi Arabia faces two difficult tasks: insulating itself from the civil unrest and terrorist violence that have beset other countries in the region; and maintaining its primacy in the world’s oil market.

“It is with deep respect that I express my personal condolences and the sympathies of the American people to the family of King Abdullah bin Abdulaziz and to the people of Saudi Arabia,”

President Obama said in a statement released by the White House tonight.

The statement credits Abdullah with taking “bold steps in advancing the Arab Peace Initiative, an endeavor that will outlive him as an enduring contribution to the search for peace in the region.”

It adds, “At home, King Abdullah’s vision was dedicated to the education of his people and to greater engagement with the world.”

Obama concludes, “The closeness and strength of the partnership between our two countries is part of King Abdullah’s legacy. May God grant him peace.”
Abdullah’s Legacy

Noting that Abdullah became de facto ruler of the Kingdom of Saudi Arabia in 1995 when his predecessor, King Fahd, suffered a stroke, Al Jazeera English explores the ruler’s reputation as a reformer in his conservative government, noting his work to stimulate growth in the Saudi private sector.

“He also paved the way for municipal elections, granted women the right to vote and to run for office, and issued them with ID cards, allowing them for the first time to do business without the involvement of a male guardian.”

Abdullah’s recent illness forced him into a hospital — and led him to miss delivering an annual address to the country earlier this month. Instead, his half-brother, the then-Crown Prince Salman, stepped in to give the speech, as NPR’s Michele Kelemen reported.

“Today, as you know, your country is facing unprecedented regional challenges,” Salman told Saudi Arabia’s citizens. “That should make us cautious, and I would like to assure you that your leadership is aware of these challenges and their consequences.”

President Reagan came to office with a bold commitment to roll back Soviet gains in the Third World without risking the trauma or cost of another Vietnam-style intervention. The “Reagan Doctrine,” as his policy came to be known, ironically took its cue from Soviet support in the 1970s for leftist insurgencies in Africa and Central America. But the beneficiaries of the Reagan Doctrine were anti-communist resistance and counterrevolutionary insurgencies in Afghanistan, Angola, Cambodia and Nicaragua.

Outside of the Afghanistan effort, however, the policy has never enjoyed broad, bipartisan support.

Those allies, in turn, sought not only to advance their own anti-communist agenda, but also to bolster their influence in Washington by doing its bidding in the Third World.

Saudi Arabia, for its part, has also made a major commitment to covert support of Reagan administration foreign policy objectives. One goal clearly was to neutralize or at least limit the power of the Israel lobby in the United States. It opened up its bank accounts to Washington, sending petrodollars to the Third World to stoke the fires of anti-communist rebellion.  Global News Clip source reports