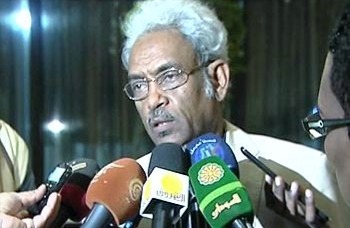 Share on Facebook
Tweet on Twitter
Khardoum (HAN) December 2, 2014. Public diplomacy and National security news. The Second Session of the Arab-Russian Cooperation Forum opened in Khartoum on Tuesday (December 2) with an Arab-Arab coordination meeting and a preparatory meeting of senior officials taking place the same day.
The meetings are being attended by delegations from Sudan’s Foreign Ministry, the Arab League’s Secretariat-General and the Russian Foreign Ministry to approve the draft of the final communiqué. The opening session of the Forum will begin Wednesday at Friendship Hall in Khartoum.
The session will be addressed by Sudan’s Foreign Minister Ali Karti, by the Foreign Minister of Mauritania and current chairman of the Arab League Council, Mr. Ahmed Ould Nakdi, the Russian Foreign Minister, Mr. Sergi Lavrov, and the Arab League’s Secretary General, Mr. Nabil Alarabi. After being addressed by addressed by heads of the delegations.