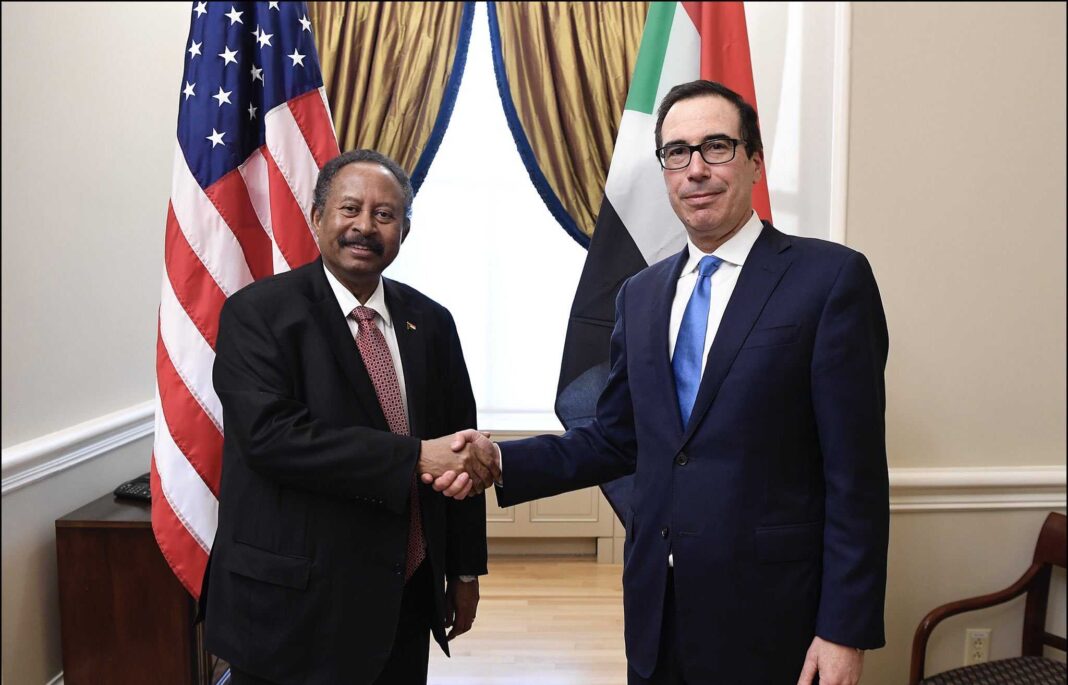 Prime Minister Abdallah Hamdok said his government is awaiting legislation restoring Sudan immunities before to pay the compensation to the victims of terror attacks.

Hamdok made his statement in a briefing about the progress in the ongoing efforts to remove the country from the list of state sponsors of terrorism to the regular cabinet meeting on Wednesday.

Referring to the agreements reached with the victims of the attacks carried by al-Qaeda on the USS Cole and the U.S. embassies in eastern Africa, he said that all the funds required to pay the agreed compensation to victims are now ready.

“The Prime Minister stated that legislation enacted by the Congress to immunizes the Sudanese government from any future cases is the only remaining thing to be implemented in accordance the reached agreement (before the payment of compensation),” said the statement.

On 16 September, U.S. Secretary of State Michael Pompeo urged the Senate to pass legislation to restore Sudan’s sovereign immunities saying that it should be done before mid-October.

Pompeo further said that the agreement provides that Sudan will pay the money after the signing of a bilateral claims agreement, rescission of Sudan’s State Sponsor of Terrorism (SST), and legal peace legislation restoring Sudan’s sovereign immunities to those of a non-SST state is passed by Congress and signed by the President.

In response to calls by some Democrat senators who are opposed to Sudan’s delisting deal before to compensate victims of 9/11 attacks, Pompeo underlined that the draft legislation was prepared the Democrat Senator Chris Coons without disclosing its content.

The draft legislation according to the Wall Street Journal “wouldn’t add 9/11 victims to the embassy bombing settlement, but aides said it would help them in other ways, allowing them to sue Sudan under the same legislation they are using to sue Saudi Arabia for backing the attacks”.

However, it is not clear if the inclusion of a similar provision in the legislation would violate the deal struck with Sudan or not.

In his briefing to the Council of Ministers, Hamdok stressed that the peace legislation should restore full immunities from future cases.

19 years after the 9/11 attacks, no U.S. court found that Sudan had been involved in these tragic attacks.

On Wednesday, Sudanese and U.S. delegations ended talks on normalization with Israel without a deal.

American administration denied any link between the two processes but hinted that such an agreement would help convincing reluctant lawmakers to back the removal deal.

The Sudanese government, for its part, stressed that Washington should delist Sudan before the normalization and immediately pay Sudan three billion U.S. dollars inaddition to a commitment for a similar amount during the two coming years.

Khartoum negotiating team, also, requested a debt relief and other measures to support its economy.