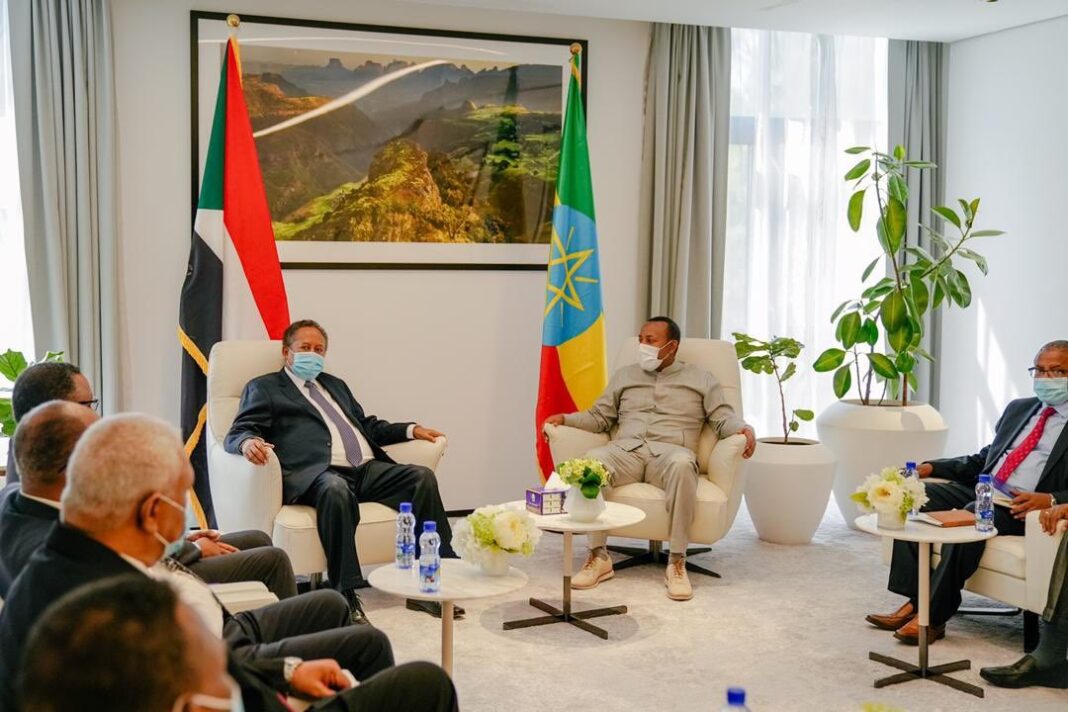 During the discussion, both leaders expressed the long standing relations between the two countries as a basis for further strengthening bilateral cooperation.

Recalling the support of PM Abiy in particular and the Government of Ethiopia in general during Sudan’s time of need, PM Hamdok reiterated his country’s solidarity with Ethiopia in the law enforcement operations it has been undertaking in Tigray.

The discussions between the two leaders concluded with an understanding on several issues of mutual interest, according to office of the Prime Minister.