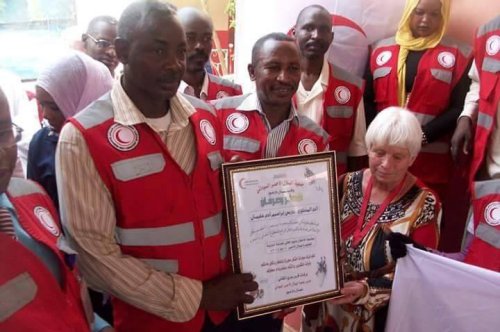 February 1, 2019 (KHARTOUM) – A number of Sudanese federal ministries and the International Committee of the Red Cross (ICRC) on Thursday have signed four framework agreements.

The Foreign Ministry Under-Secretary for Political Affairs Elham Ibrahim Mohamed, who attended the signing alongside a number of officials, pointed to the need for further cooperation between the ICRC and its local partner the Sudanese Red Crescent Society.

She stressed the importance to promote cooperation between the ICRC and the Sudanese government in Darfur particularly during the coming period as the region is moving from peacekeeping to reconstruction and development.

For her part, the Deputy Head of the ICRC, Anski Vandormal, has expressed her pleasure to sign these agreements, saying it will play an important role in building capacities and providing livelihoods in the various communities.

It is noteworthy that the agreements have been signed between the ICRC and the ministries of health, agriculture, animal resources and fisheries and irrigation and water resources.

In November 2017, the ICRC announced the resumption of its humanitarian work in Darfur region after it came to a halt more than three years ago.

The Sudanese government in February 2014 ordered the ICRC to halt its activities in the country saying that the aid organisation needs to comply with the humanitarian work guidelines and the voluntary work law in order to continue operating in the country.

In August 2014, Sudan and ICRC signed a new headquarters agreement replacing an old agreement dating from 1984. The agreement sets out the organization legal and diplomatic status in Sudan.

The ICRC began working in Sudan in 1978 according to its website. The organisation says it is helping people affected by the conflict in Darfur, providing seed, tools, food and water and re-establishing contact between people separated by the fighting.

The ICRC also promotes international humanitarian law and the protection of civilians affected by the conflict.

In 2013, the ICRC provided humanitarian aid to about 1.5 million Sudanese, particularly in Darfur where the group has worked since 2003.