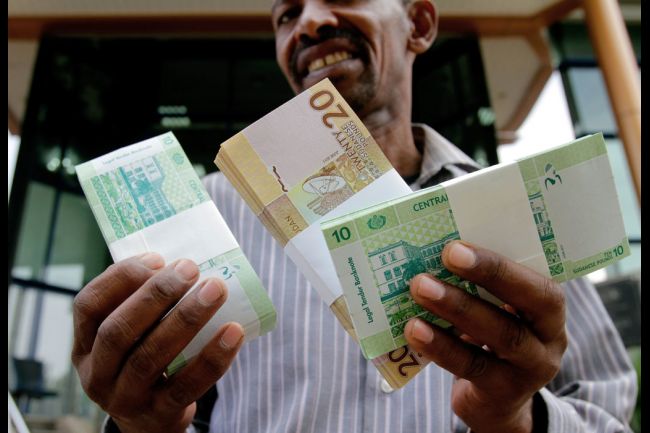 November 29, 2020 (KHARTOUM) – The Sudanese pound continued to slide against all major currencies driven by increased demand amid fears related to the spike in COVID-19 cases.

The Sudanese ministry of health is reportedly planning to submit a formal recommendation to the Security and Defense Council asking for the imposition of a nationwide curfew.

Black market traders on Sunday said that one dollar was sold at 268 pounds versus 266- 267 on Thursday.

The selling price of the Saudi riyal was recorded at 71 pounds, Emirati dirham at 72 pounds while the euro sold at 315 pounds.

The traders attributed the decline of the pound to the scarcity of supply with an increase in demand as well as speculative trading coupled with worsening covid-19 situation.

One of the traders disclosed that several major entities are resorting to the black market for their Forex needs particularly importers in anticipation of possible covid-19 restrictions.

On Thursday, the Minister of Energy and Mining in Sudan Abdul Rahman Khairy sent a stern warning against the deterioration of the exchange rate.

Khairy said that the decline in national action has a bad effect on the policy of rationalizing fuel subsidies, which was implemented about a month ago, stressing the need for state intervention that could lead to increases in fuel prices.