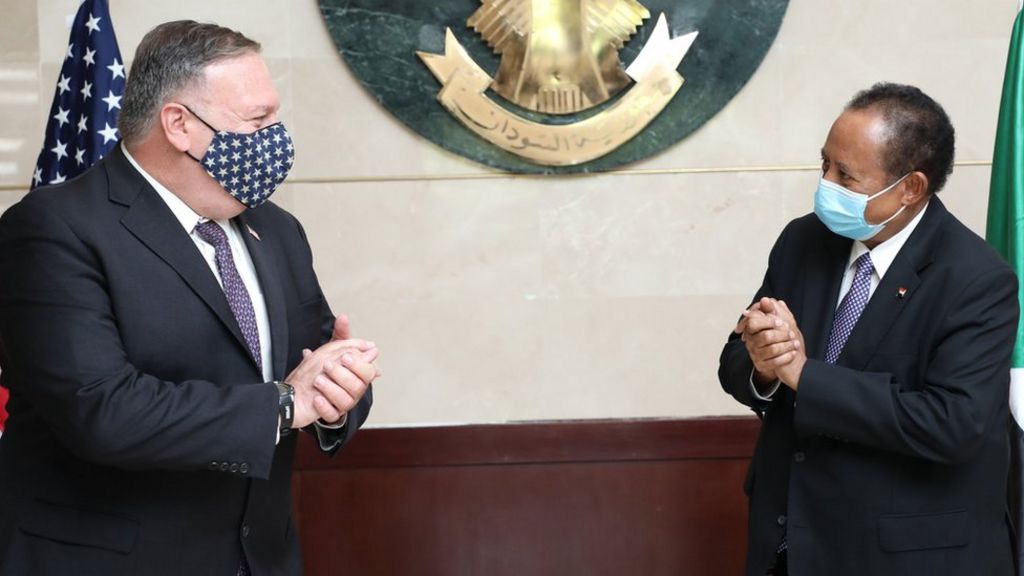 In a separate tweet released on Saturday Pompeo said he discussed with Hamdok “our assistance” for the response before to add “The United States will continue to support the Sudanese people through this difficult time”.

Torrential rains and floods killed at least 106 and displaced over 557,000 people in 17 out of Sudan’s 18 states across the country during the recent weeks.

The Sudanese government will sign a peace agreement in Juba with armed groups in Darfur and the Blue Nile and South Kordofan states next October.

“The Secretary and the Prime Minister agreed on the importance of continued partnership to support Sudan’s peaceful transition to democracy,” she further stressed.