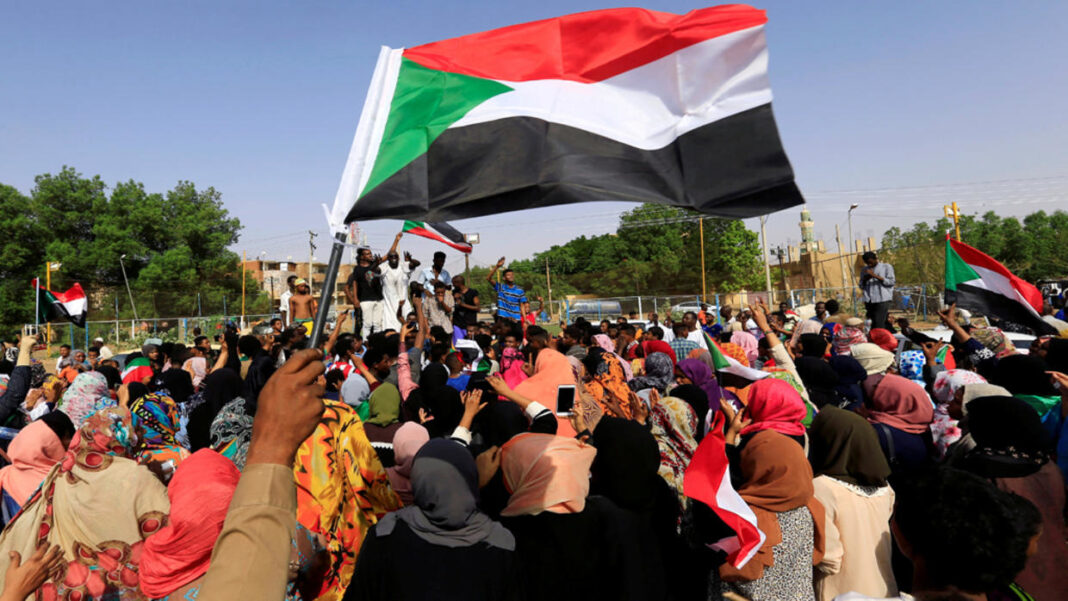 KHARTOUM – Three Sudanese political groups voiced their support for normalization with Israel and called to accept the American offer of normalization, in exchange for removing Sudan from the list of State Sponsors of Terrorism (SST).

Mubarak al-Faled leaders of the Umma Party, Abu al-Qasim Imam, chairman of the Sudan Liberation Movement – the Second Revolution and Hameed Mohamed Hamid, a leading remember of the Eastern Front held a joint press conference in Khartoum on Wednesday to announce their position in favour of normalization with Israel.

The move of the three groups comes after a recent meeting in Abu Dhabi between Sudanese and U.S. officials to discuss normalization with Israel as part of a deal including Sudan removal from the SST list and a package of support.

However, Sudan declined the deal because the proposed support was below its expectations.

“The American proposal is governed by the period of the upcoming presidential elections, and we should not miss this historic opportunity,” said Al-Fadel.

“After the results of the US presidential elections are announced, we will enter into a major crisis in Sudan if we do not agree to the offer made in the UAE.”

“Sudan will not be removed from the terrorism list for many years if we do not take advantage of the existing opportunity,” he added.

American will vote on 3 November and the president will be inaugurated on 20 January 2021.

Some Democrat senators from New York and New Jersey are opposed to legislation restoring Sudan sovereign immunities saying Sudan should be for the victims of the 9/11 terror attacks.

Sudan has not been condemned for its involvement in these attacks but some believe that as long as it remains in the SST list, they can easily sue it before the U.S. courts and get a rule against the East African country.

Beside Islamist political groups, there are some other political forces opposed to the normalization with Israel before to reach a peace agreement with the Palestinians such as the National Umma Party of Sadiq al-Mahdi, the Communist Party, and the Arab nationalist groups.

Prime Minister Hamdok said he told U.S. Secretary of State Michael Pompeo that deep societal dialogue is needed among Sudanese before to normalise relations with Israel.

For his part, Imam announced their intention to form a “political front in support of normalization with Israel.”

“We have a consistent common position with the establishment of Sudanese-Israeli relations and we are moving in this direction,” he stressed.

The Darfurian politician called on the Sudanese Security and Defense Council to hold an emergency meeting in order to endorse the American offer before the U.S. elections at the beginning of next month.