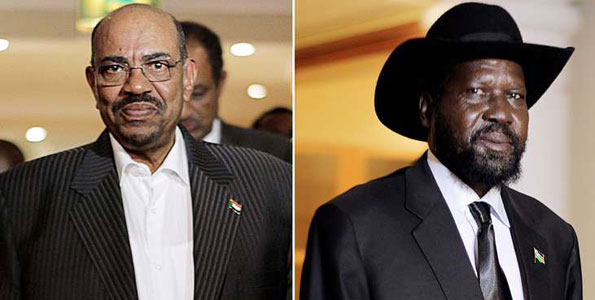 KHARTOUM (HAN) January 28, 2016 – Public Diplomacy and Regional Stability Initiatives News. Sudan’s President Omar Hassan al-Bashir ordered the opening of his country’s border with South Sudan for the first time since the south’s secession in 2011, paving the way for better economic links between the two nations.

The border was closed in 2011 when relations deteriorated after the south seceded following a long civil war, taking with it three quarters of the country’s oil, estimated at 5 billion barrels of proven reserves, according to the U.S. Energy Information Administration.

“President Omar al-Bashir issued a decree today ordering the opening of borders with the state of South Sudan and ordered the relevant authorities to take all measures required to implement this decision on the ground,” Sudan’s state news agency SUNA reported on Wednesday.

“This is a positive move in a right direction because this is what will lead to the normalization of our relations with Sudan,” he told Reuters.

Khartoum accuses Juba, the capital of South Sudan, of backing a rebellion in its Darfur region and a separate but linked insurgency in Blue Nile and South Kordofan. South Sudan denies the allegations.

“We hope that South Sudan takes its helping hand away from rebel movements that are against our government in Darfur, Blue Nile, and South Kordofan,” Sudan’s information minister, Ahmed Bilal Osman, told Reuters on Thursday.

Osman said he expected commercial relations to be restored and landlocked South Sudan would now be able to benefit from Sudan’s sea ports as it had done in the past.

South Sudanese President Salva Kiir had unexpectedly and unilaterally announced a normalization of relations on Tuesday in response to Bashir agreeing to cut the transit fees for South Sudanese oil crossing Sudan’s territory via pipelines to the Red Sea last week.

After the reduced transit fees were announced, Kiir ordered South Sudanese troops stationed at the border to retreat five kilometers, a move that paved the way for the border to be opened, Osman said.

Relations have been tense between the two countries since 2011 as they failed to agree on borders and the status of several regions that both sides claim sovereignty over.